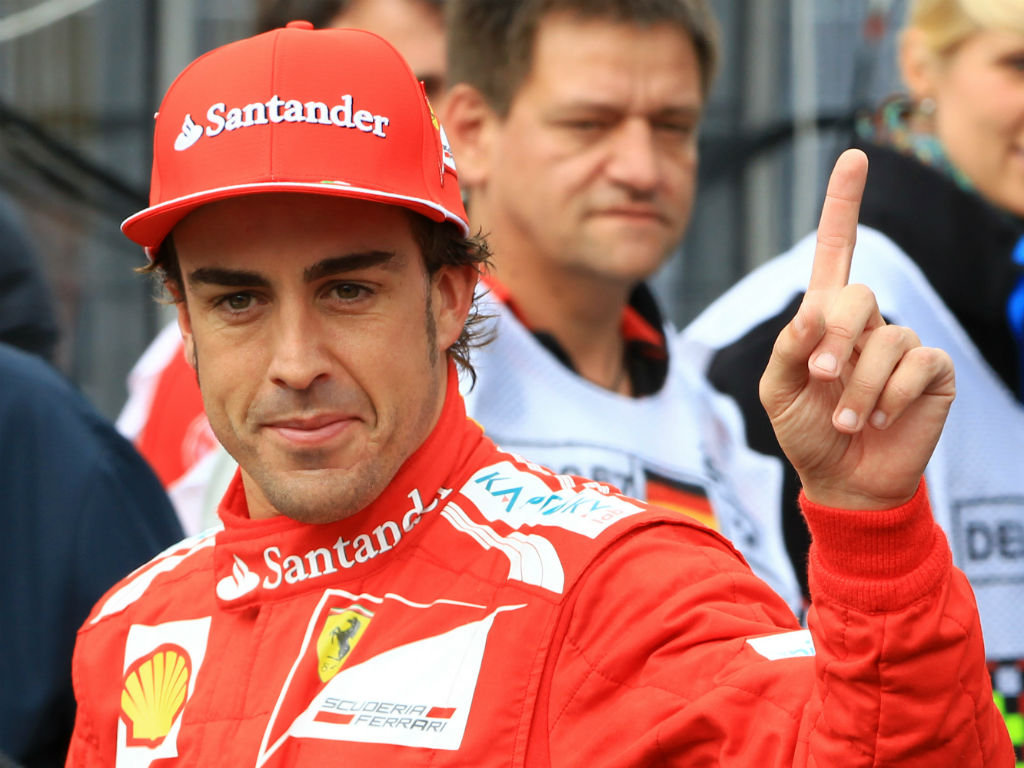 Fernando Alonso has praised his Ferrari team for the decision to pit for fresh extreme tyres, which helped him secure pole position in Germany….

Fernando Alonso has praised his Ferrari team for the decision to pit for fresh extreme tyres, which helped him secure pole position in Germany.

The double World Champion clinched his second pole position of the season and the 22nd of his Formula One career at a saturated Hockenheim on Saturday afternoon.

“I think the conditions were still very on the limit, as far as it is the same for everybody, I think sometimes it is good to check the circuit conditions,” he said.

“We did Q3 and I think going into Turn Six it was not easy for anybody, there was a lot of aquaplaning and we are 280/90 km/h.

“But you know everything went well for us and we backed off a little bit in those aquaplaning moments and the rest of the lap was clean.

“In these conditions there are surprises and moments everywhere. It was not fun.”

However, unlike most of his rivals in the top ten, Alonso opted to pit during Q3, putting on a fresh and warm set of extreme Pirellis.

“I think also we made a good strategy call doing a pit stop in Q3 and then have a very fresh set of tyres in the last minute.

“That was when the track was in a little bit better condition and that helped us a lot to improve the lap time.”

As for Sunday’s German Grand Prix, Alonso reckons Ferrari can do well no matter the conditions as his F2012 has pace in both the wet and dry.

“It has been a strange weekend for conditions on the track, but the car was performing well in both conditions so we will see what happens tomorrow.”