Home Uncategorized Alonso halted by gearbox failure, not the engine 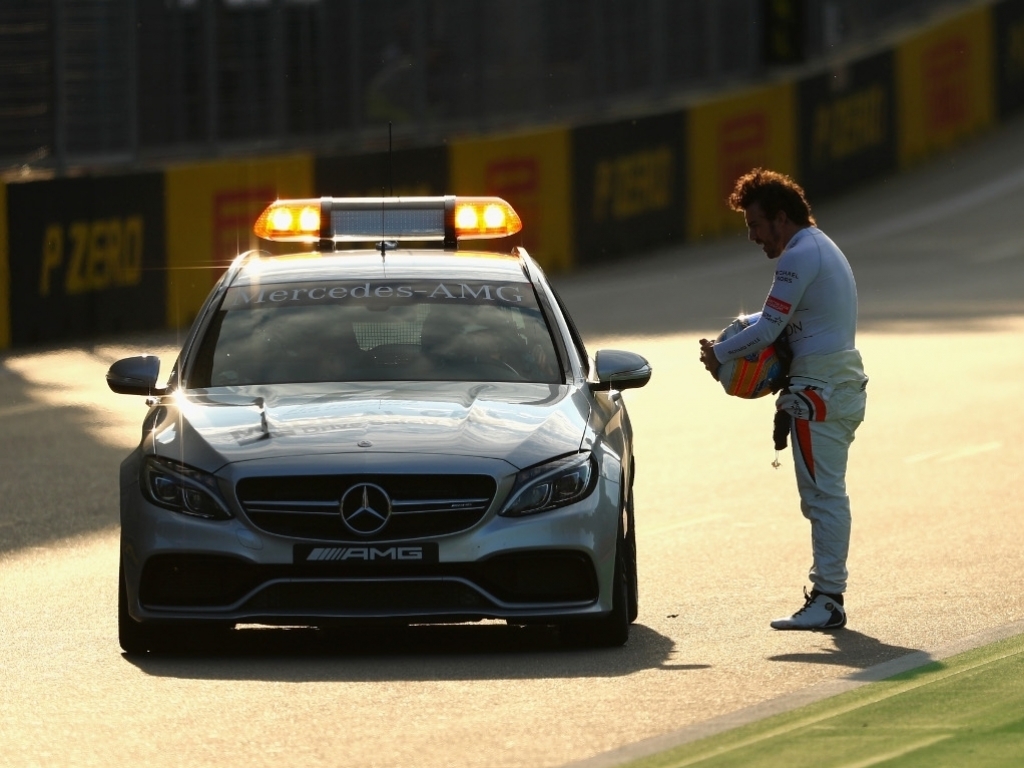 Fernando Alonso’s second practice in Baku was derailed by a gearbox failure, and not an engine issue, according to Eric Boullier.

Alonso was forced to park his MCL32 on the side of the track during Friday’s second practice for the Azerbaijan GP, crying “engine, engine” as he slowed down.

However, according to racing director Eric Boullier, it wasn’t actually an engine problem.

“It wasn’t an engine failure,” he said. “It was a gearbox failure.”

Touching on McLaren’s relationship with Honda after it was put to him that it was “irretrievable”, Boullier replied: “[Irretrievable] is a suggestion, which is not exactly the truth or the case.

“Both organisations are working very, very hard to make sure we get where we want to be. The little of bit friction, if there is any, is exacerbated by the media.

“It’s true that we have to deliver what we need to do. We have to be where we want to be, but both organisations are working hard to deliver. I don’t think there is such a drama like in your questions.”