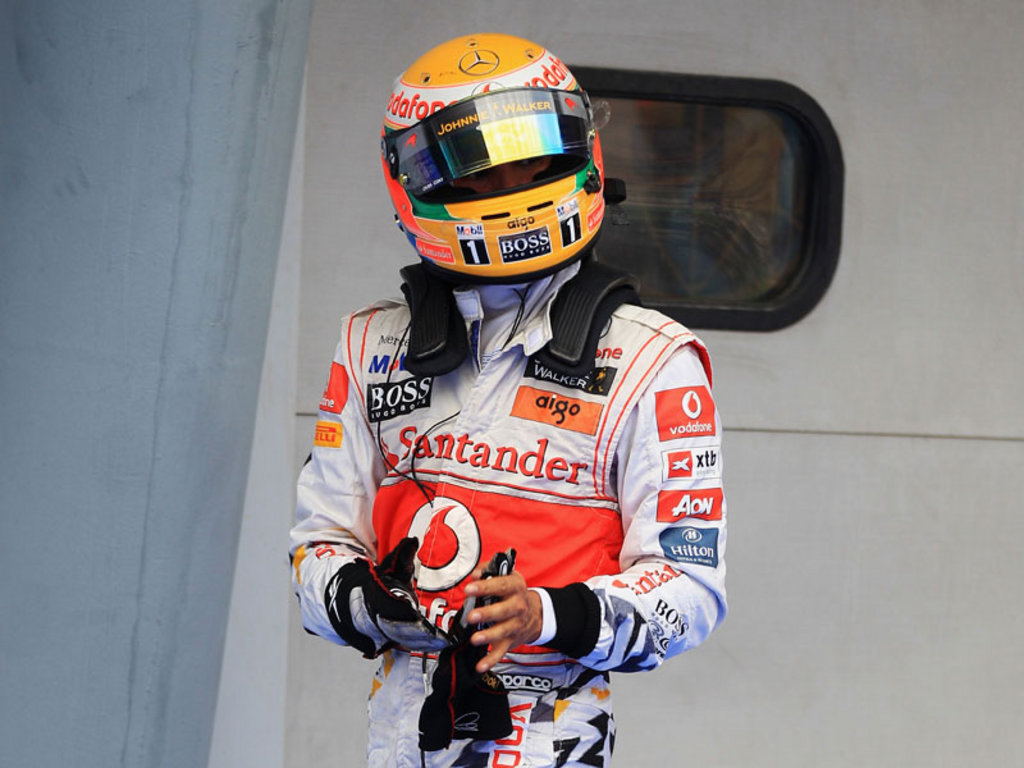 Fernando Alonso and Lewis Hamilton were both slapped with 20sec penalties following the Malaysian GP, although only the latter suffered…

The two antagonists were involved in a tense battle for third place at Sepang on Sunday with Hamilton leading Alonso as the Spaniard attempted to find a way past.

However, instead of passing Hamilton, he drove into the back of him, damaging the front wing of his Ferrari.

Alonso was forced to pit for a new nose and dropped down to sixth place while Hamilton, who had to come in for a late pit stop, finished the grand prix in seventh place.

The duo, though, were called into the stewards’ office in the aftermath of the grand prix where both were handed 20-second penalties.

Alonso’s was for the crash while Hamilton’s was because the stewards deemed him to have been too aggressive in defending his position against the double World Champ.

Hamilton, though, is the only one who suffers as a result of the penalty as he dropped from seventh to eighth in the final classification.

“I knew I was going to get a penalty. I’m not surprised,” the Brit told Autosport.

“I was in with the stewards, so I anticipated it. I always try to assume the worst-case scenario. It’s only one spot, and it’s not really made me feel any worse than how the weekend has gone anyway.

“It’s racing. I’m not going to argue or disagree with the penalty.

“From my side I’m not allowed to move more than once. Do I class it as dangerous? No, but that’s the rule. Twenty seconds is not such a bad penalty for it.

“As for Fernando, he hit me, he got a 20-second penalty, but it didn’t really do anything to him. It doesn’t exactly work out as a penalty, but again, that’s racing.”

Alonso, who remains sixth, added: “It doesn’t change positions, so there is no a big drama.

“I finished sixth in the race anyway, and it was a race incident. I tried to overtake, we touched each other and unfortunately I broke the front wing and had to pit again, and I lost the podium possibility. But in the next race I will try again.”