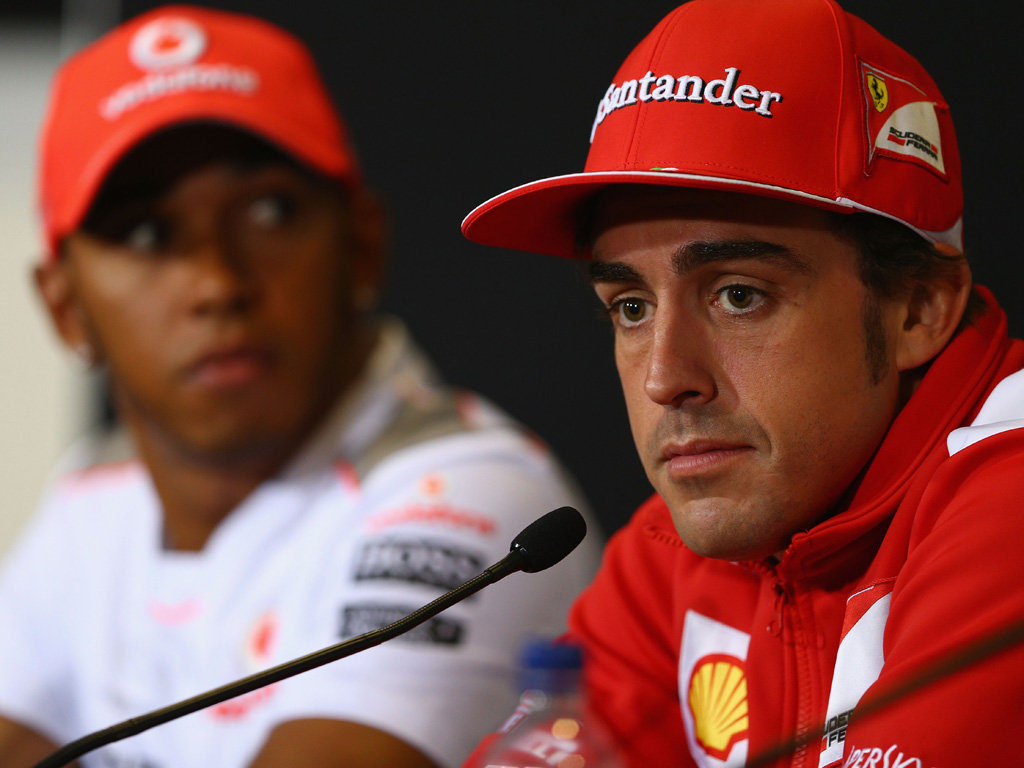 Fernando Alonso says Lewis Hamilton and Sebastian Vettel are his two biggest threats in the run-in to this year’s title.

Alonso, the only driver with three wins to his tally this season, is leading the Drivers’ Championship by 40 points over Red Bull’s Mark Webber.

However, it’s not Webber who Ferrari are focusing as Alonso believes Vettel, who is the defending Champ and 42 points off the pace, and Hamilton, who is a further five adrift, are his main rivals.

“Hamilton and Vettel are the drivers we have focused on since the beginning,” crash.net reports Alonso as having told Totalrace.

“They are the biggest challengers, but all of the teams are close.

“Hopefully, they will fight among themselves and not one of them will dominate.”

The double World Champion, though, has warned that it could yet be a six-way fight for the title as, with 25 points for a victory, one or two good results could close the gap.

“I think the distance between the top five, top six is not impossible to recover.

“You just need one good race or two good races and you are up there.”