Home Uncategorized Alonso: Hamilton’s had it ‘too easy’ this year 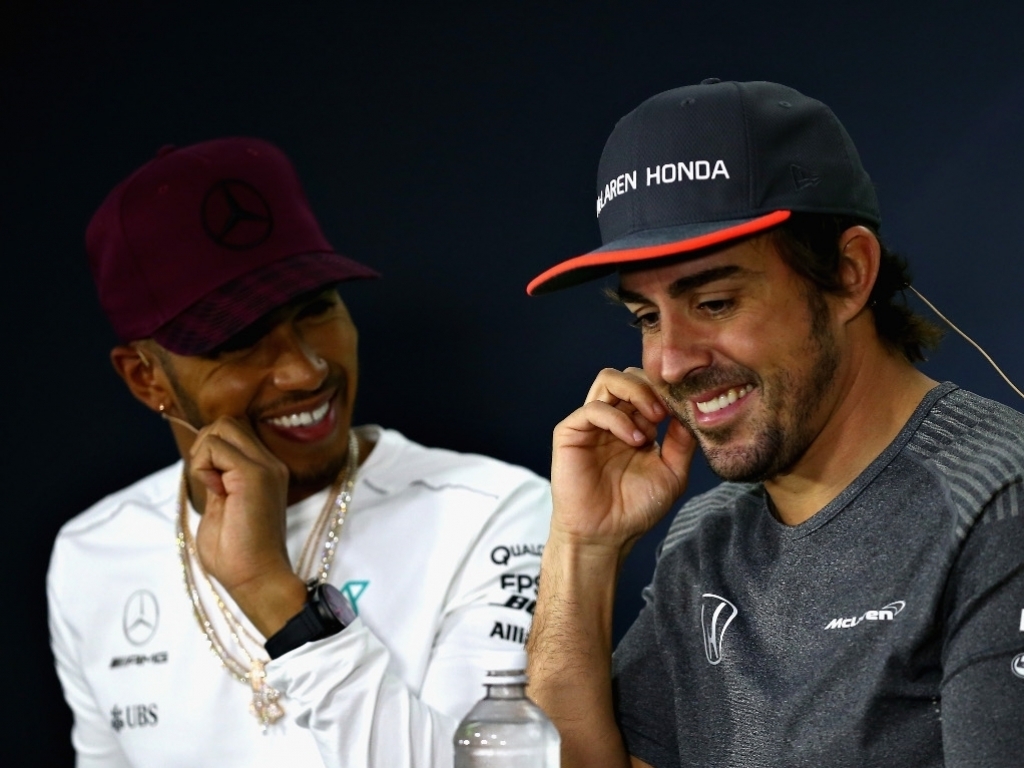 Fernando Alonso has questioned the credibility of Lewis Hamilton’s fourth World Championship as the Spaniard believes he has faced “no opponents” this year.

With Sebastian Vettel finishing P4 in Mexico, Hamilton’s ninth place was enough to seal his first title since 2015 – but Alonso does not feel that it is one to remember for the Brit.

“It was very easy this year, no opponents,” Alonso said. “Last year he had Nico until the last race, fighting every single race.”

“This year was too easy. Mercedes four races to the end constructors’ champion, Hamilton three races before the end drivers’ champion.

“Hopefully McLaren-Renault will change this easy time for them.”

Alonso and Hamilton traded blows in the final stages of the race in a ding-dong battle for P9, and Alonso feels that exchange acts a reminder to the threat he poses ahead of the 2018 season.

“At the end with Hamilton, as soon as you start battling, you lack a bit of straightline speed,” Alonso said. “We tried to brake a little bit later every time, tried to defend the position but it was not possible.”

“I think he knows, he knows. He knows also how strong the McLaren car [is] in the corners, he saw also today.

“I think next year hopefully we can give a little bit harder time to him.”