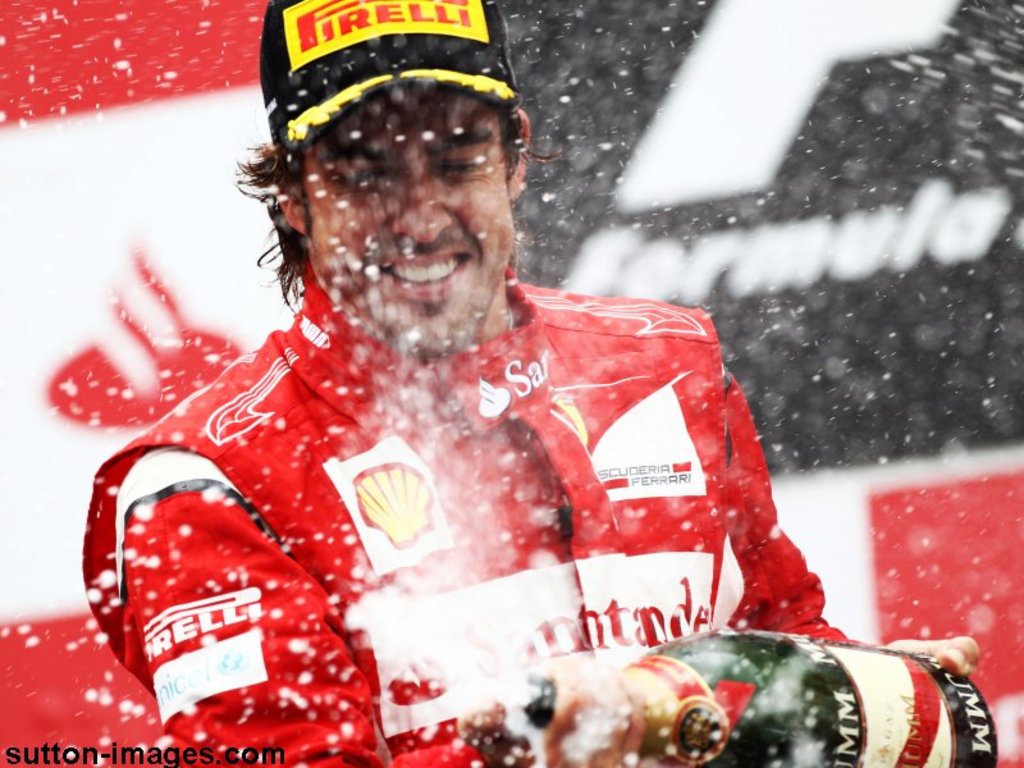 Fernando Alonso feels his second-place finish at the German Grand Prix was a “fantastic achievement” given the troublesome weekend that Ferrari had.

After winning the British Grand Prix a fortnight ago, many predicted the Spaniard would be the driver to beat the Nurburgring. However, Alonso and Ferrari weren’t quite able to repeat the trick.

The Spaniard started P4 on the grid, compared to P3 at Silverstone, and gave race winner Lewis Hamilton a good run for his money before settling for second behind the McLaren driver.

Despite not reaching the top step of the podium in Germany, the double World Champion is delighted that they were at least able to fight for the victory.

“I am extremely happy with today’s result,” he said. “We had a weekend that probably was not the easiest one. We struggled a bit on Friday, in qualifying we were fourth, half a second from pole so no doubts that we struggled a bit more with the weekend.

“But even with the difficulties we are second and fighting for victory, so this is a fantastic achievement. Second in Valencia, first at Silverstone and second here.

“With three different rules, three different maps, we were constantly first and second on three different circuit and with different temperatures, so with all these conditions we saw consistency that put us in a good position to enjoy this final part of the Championship.”

Next up is the Hungarian Grand Prix, which is the second of the double header, which means Ferrari and the other teams won’t have too much time to find answers. One thing Alonso is looking forward to though is better conditions after a cold, wet weekend in Germany.

“I am looking forward to a bit more temperature on the track. The soft and super soft tyre should be an advantage for us in terms of how we take on the tyres. In a week we will have a very interesting weekend again,” he said.

“McLaren did a step forward, and Red Bull will be extremely strong, so it is challenging for us.”

Alonso didn’t make it to parc ferme in his Ferrari as he was ordered by his team to stop on the slowing down lap because he was low on fuel. He got out of the car and “hitchhiked” on the side of Mark Webber’s Red Bull.

Although teams can be punished for not having enough fuel in their cars after the race, team principal Stefano Domenicali confirmed that Alonso’s Ferrari passed all inspections.

“They did the fuel sample as after the race there had to be one litre of fuel. It is all done. So nothing has happened. It was just a precaution,” he said.