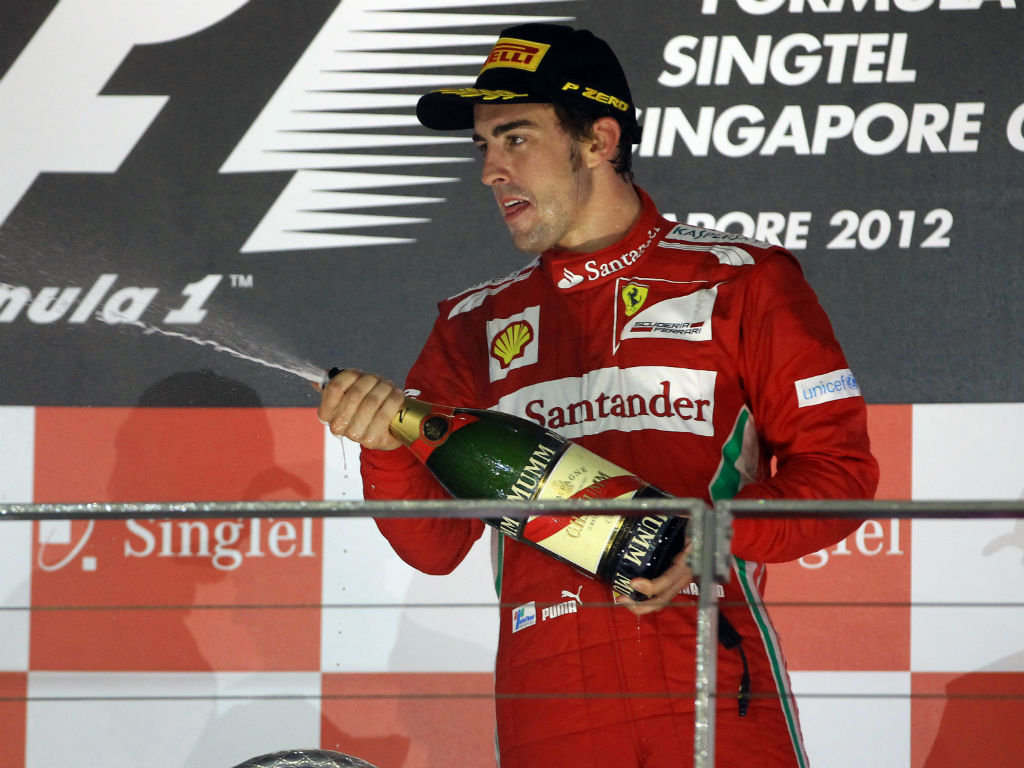 One of his title rivals may have won in Singapore, but the end result wasn’t too bad for Fernando Alonso…

One of his title rivals may have won in Singapore, but the end result wasn’t too bad for Fernando Alonso.

Alonso and Ferrari had a disappointing weekend with the Spaniard starting fifth on the grid and finishing third behind Sebastian Vettel and Jenson Button.

Vettel’s win helped the German to reduce Alonso’s lead in the Championship to 29 points, but there was a bit of good news for the Spaniard as his other title rival Lewis Hamilton was forced to retire with a gearbox problem.

The 31-year-old double World Champion admits he is happy to have stretched his lead over Hamilton even though he was well off Vettel’s pace.

“Of the four or five contenders we lost points to one, and with the others we gained an advantage.

“When we are not quick enough, to get points over three of our opponents was good.”

Despite the “Hamilton bonus”, Alonso admits Ferrari will need to get back on track in Japan if they want to stay ahead in the race for top honours.

“This year is a bit difficult to predict, but we need to improve the performance we saw here,” Alonso said.

“Positions five and 13 [on the grid] for our cars is not what we are hoping for. We need to be in a better position at Suzuka.”