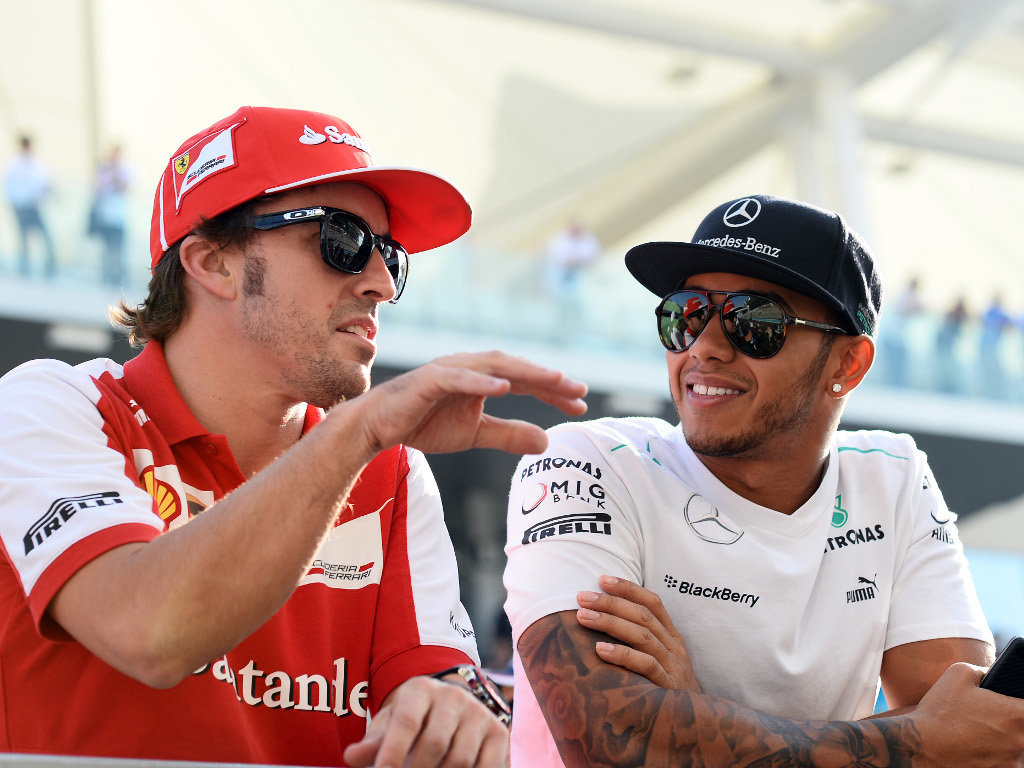 Fernando Alonso has shown he is not a perfect driver and Lewis Hamilton has too many distractions, those are the thoughts of Gerhard Berger…

Fernando Alonso has shown he is not a perfect driver and Lewis Hamilton has too many distractions, those are the thoughts of former driver Gerhard Berger.

Last season Sebastian Vettel raced to his fourth successive Drivers’ title while Alonso had to settle for second.

It was a trying year for the Ferrari driver, which saw him publicly criticise his team resulting in a rebuke from Ferrari president Luca di Montezemolo.

It was the third time in four seasons that Alonso finished runner-up to Vettel.

As for Hamilton, the Mercedes driver claimed one victory on his way to fourth in the Championship.

Berger, however, reckons there is too much off the track that is taking Hamilton’s focus away from F1.

“Until a year ago I saw Alonso as the most complete driver,” the Austrian told Auto Motor und Sport.

“It is incredible how he selects the line for Turn 1 so that it is in Turn 2 and Turn 3 that he can fend off his enemy.

“But, after this year, I would for the first time put Vettel in first place.

“Alonso has shown this year that he’s not quite as perfect as I thought.

“He has not led his team well during difficult times. He criticised Ferrari in public which was not productive. He has shown a weakness.

“Vettel also had his problems in the first half of the season but he still did his job.

“And Hamilton? He is still not as complete as the two for me. Vettel and Alonso are playing in league of their own.

“Hamilton’s speed is enormous but he has too many distractions to racing.”

In fact, Berger actually rates Kimi Raikkonen ahead of Hamilton.

“Just behind Vettel and Alonso for me comes Raikkonen. It is great what he still does although with Alonso (at Ferrari) he might now reach his limits.

“I am impressed by Nico Rosberg. He is underestimated.

“He put in an unbelievable performance against Michael Schumacher and has done the same against Hamilton.

“Step by step he is bringing the team to his side. At the beginning they were all Hamilton fever. It was like that with Schumacher and now he’s turning the tables for a second time. Nico will win a World Championship.”