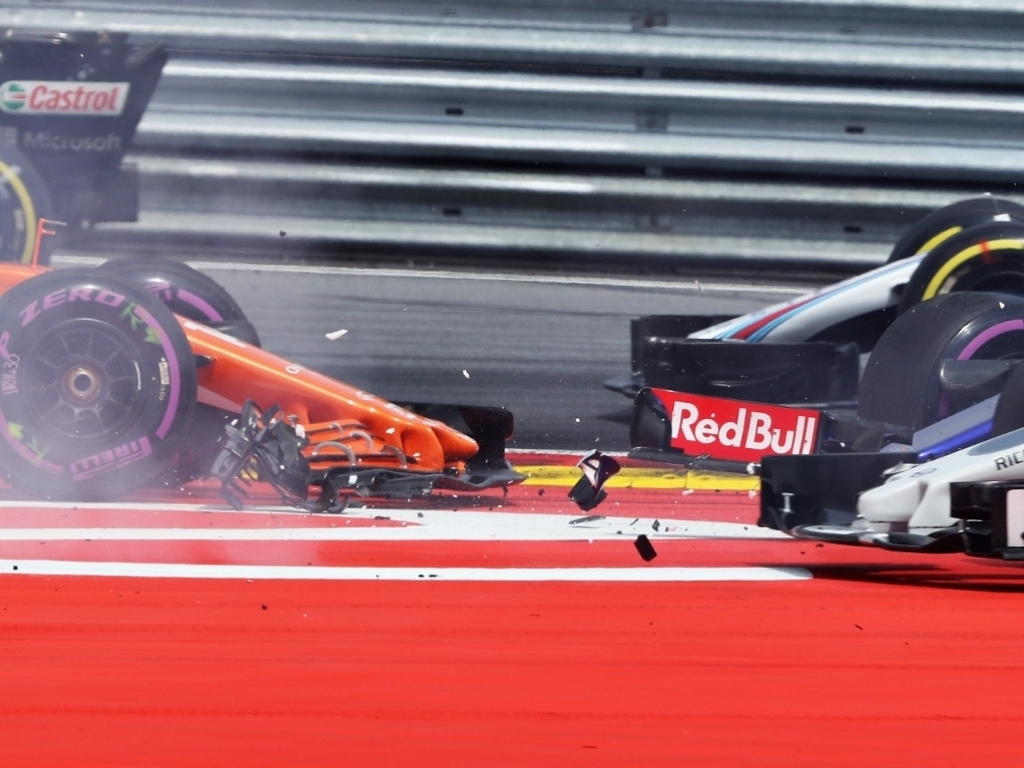 Fernando Alonso was pragmatic about his latest retirement, this time the result of an accident on the opening lap of the Austrian Grand Prix.

The McLaren driver had hoped for a solid showing at the Red Bull Ring but his race was over on the very first lap.

Alonso, who made a good start, was hit from behind by Toro Rosso’s Daniil Kvyat, which pitched him into Red Bull’s Max Verstappen.

Alonso and Verstappen both retired.

“We did a good start,” said the double World Champ.

“We were already P10 at the first corner but people behind arrived too fast and hit us.

“Unfortunately we are here talking to you instead of in the car but that’s the way it is.