Home Uncategorized Alonso: Hulkenberg’s one of the best 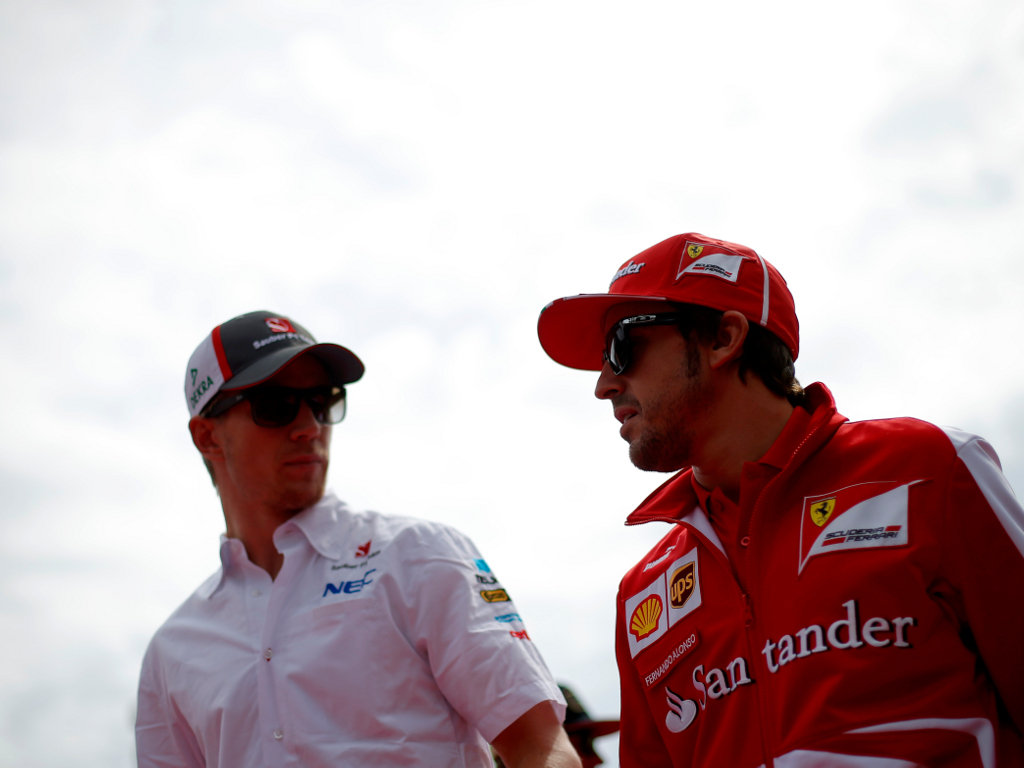 Fernando Alonso reckons Nico Hulkenberg deserves a “competitive” ride as he is “one of the best drivers” in F1.

Having lost the opportunity to partner Alonso at Ferrari next season, Hulkenberg has since been in the hunt for a new team for 2014.

The German has been linked to Lotus although that deal has yet to be signed as the team is waiting on financial backing.

Should that fail to materialise, Hulkenberg could once again find himself stuck in Formula One’s midfield with either Force India or Sauber.

Alonso, though, believes he deserves a “competitive” car.

“For me Nico is one of the best drivers on the grid,” the double World Champion told Autosport.

“I said that three years ago, and now everyone seems to have discovered him.

“Getting pole position here [in Brazil], in difficult conditions, was a sign of his talent.

“Hopefully we see him in a competitive car in the future.”