Home Uncategorized Alonso: I can still win the title 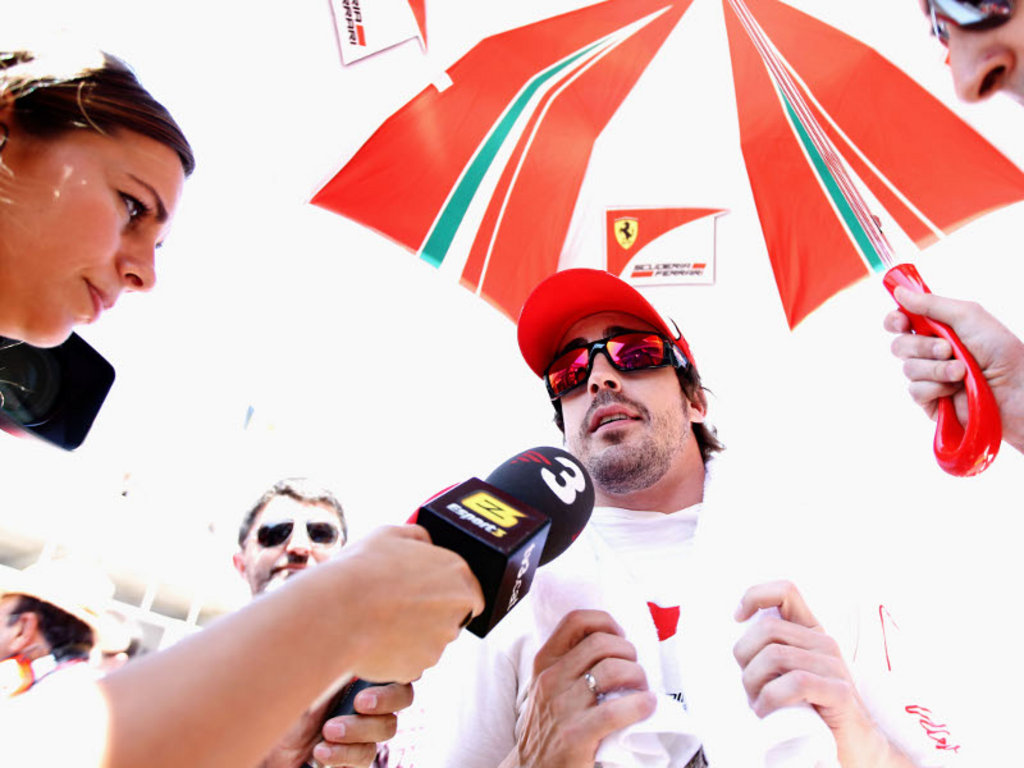 Fernando Alonso is refusing to concede that his Formula One World title hopes are already over this season.

In the space of Sunday’s Spanish Grand Prix, Alonso went from leader at the first corner to finishing a lap down come the end.

The cheering from the rafters at Barcelona’s Circuit de Catalunya that accompanied his lightning start when he went from fourth on the grid to the front had died to muted applause when the chequered flag came down on Sebastian Vettel’s fourth race from five races this year.

Alonso was forced to settle for fifth come the conclusion and now finds himself a staggering 67 points adrift of Vettel.

But a defiant Alonso said: “I am definitely not thinking of giving up on the Championship after just five races.

“The gap in the classification is very big, but everything can still happen, I’m sure of it.”

Qualifying effectively compromised Alonso as he sacrificed a set of faster soft tyres to give him his fourth position on the grid.

That forced the 29-year-old into using two sets of the considerably slower new super-hard compounds, and why he just could not compete with the Red Bulls and McLarens as Lewis Hamilton finished on the exhaust pipe of Vettel.

“The best bit of the race was obviously the start. We have worked so much on this area and you could see the outcome,” added Alonso.

“It was fantastic to see the crowd cheering in the grandstands!

“I then tried to do the maximum, keeping the quickest ones behind me for around 20 laps, but after that there was nothing I could do.

“It was very stressful having them filling my mirrors all the time and we tried as much as possible to copy or anticipate their moves.

“That meant doing over the half the race on the hard tyres, which penalised us heavily and made the gap bigger than it is in reality.

“But in the space of two weeks we have lost ground to Red Bull and McLaren, and we have to understand why.”

Team principal Stefano Domenicali conceded to suffering pain in Spain after such a crushing result that leaves Ferrari 110 points shy of Red Bull in the Constructors’ Championship.

“There is no denying that being lapped hurts,” said Domenicali.

“It’s even more painful after seeing a driver of Fernando’s calibre putting on such a breathtaking display at the start.

“Then he fought like a lion to keep drivers with clearly faster cars behind him for almost 20 laps.

“We need to provide him and Felipe with a car with which they can fight all the way to the end of a race and not just in the first part.”