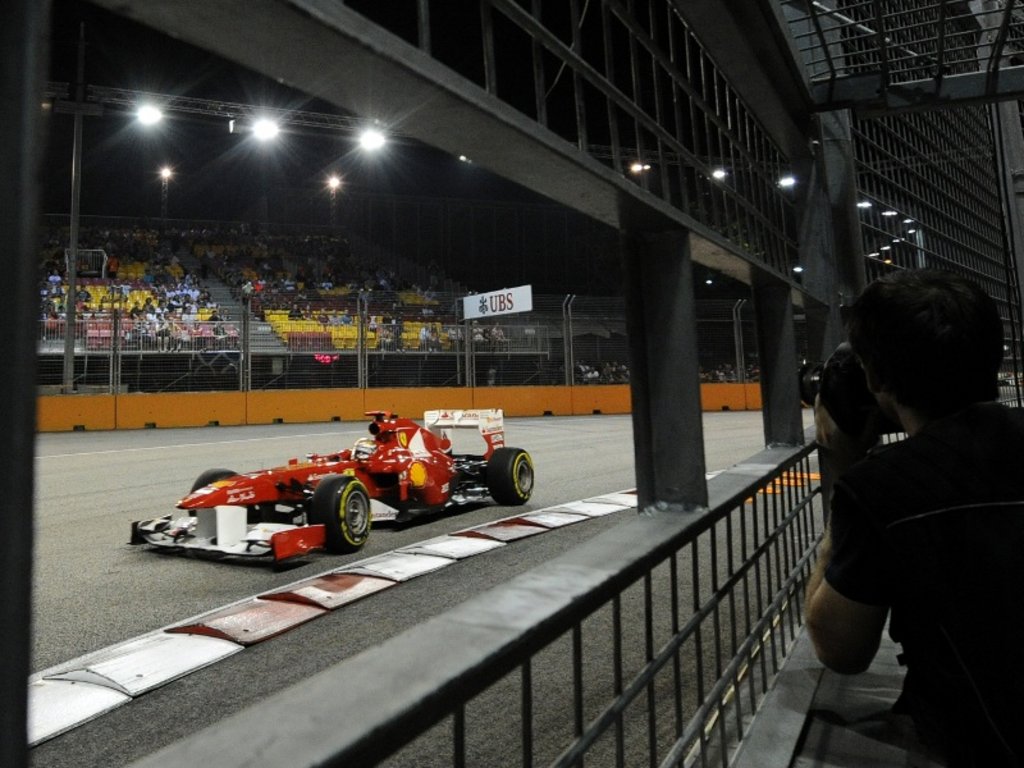 He may not be on the front row – or even the second, however, Fernando Alonso reckons he put in his “best Q3 lap of whole year” in Singapore…

He may not be on the front row – or even the second, however, Fernando Alonso reckons he put in his “best Q3 lap of whole year” in Singapore.

Alonso, a double Singapore GP winner, will start Sunday night’s grand prix from fifth on the grid after failing to match the pace of the Red Bulls and McLarens.

However, the Ferrari driver firmly believes, while he may have been short on pace, he was not short on effort.

“I am pleased with this qualifying, because I think that might have been my best Q3 lap of the whole year,” Alonso said.

“I gave it 120 percent, taking risks in some corners, but that was the only way I could hope to fight for the top places. If I’d driven a normal lap, I would have finished in the same position, but half a second off the two McLarens, rather than less than a tenth.

“Sure, if I was in front of Hamilton and Button, then it would be a completely different story, but that’s how it turned out and there’s no point saying we were unlucky.”

Alonso added that he’s still confident of making the podium as the race will be made up of two parts; a quick attack at the start and a longer battle of attrition.

“I am convinced that a podium finish is within our reach. Usually, we go better in the race than in qualifying and there is no reason why that should not be the case here.

“We will try and make up some places at the start, even if, at this track, there is not much of a run from the start line to the first corner. Then we will try and make the most of our strategy and any eventual tyre degradation levels lower than that of some our opponents.

“This is a very hard race for the mechanical parts of the car and the Safety Car is usually involved: we will see what happens, but, I say it again, I am confident in our chances of getting to the podium.”