Home Uncategorized Alonso: I was not sleeping 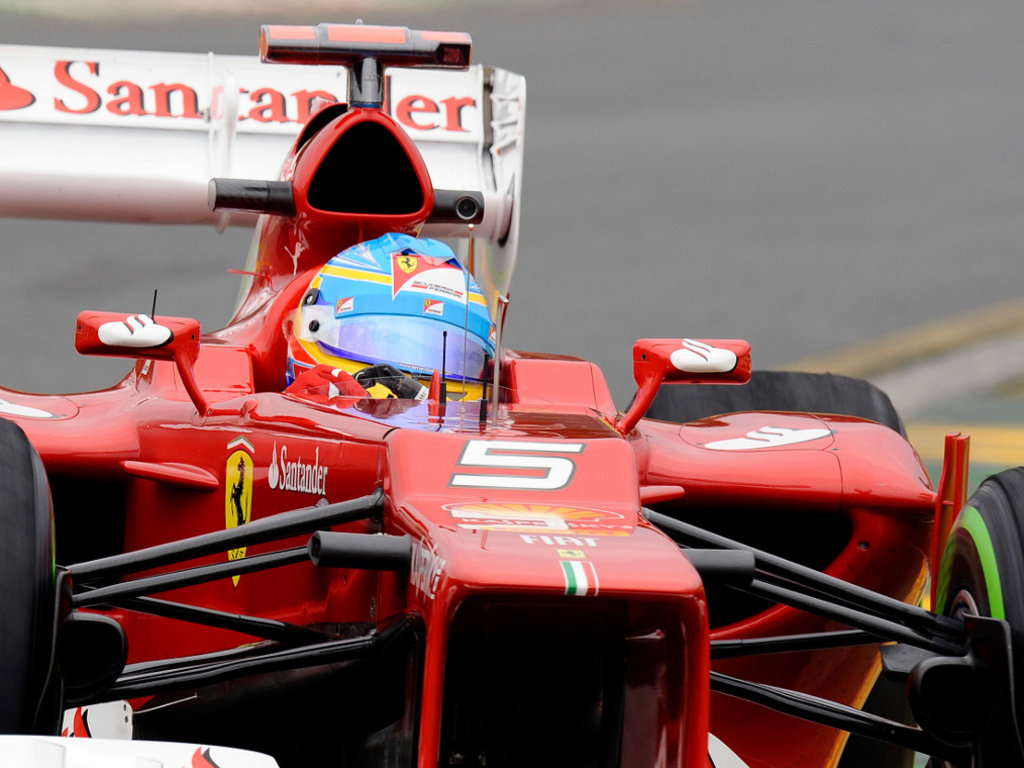 Fernando Alonso feels he did his best in difficult conditions during opening practice for the Australian Grand Prix on Friday.

The Spaniard appeared to be struggling with his F2012 in the first session of the new season after some showers made Albert Park a little slippery.

Alonso, who finished both sessions fourth fastest, insists he was giving it his all during practice and says the wet track made things very tricky.

“I was attacking for sure. I was not sleeping but the conditions were difficult,” explained the double World Champion.

“It was damp in some of the corners and also we came from intermediate tyres so the straights didn’t feel like straights and also there are corners with white lines – the car is moving there in damp conditions.

“It was dry tyres but not a completely dry circuit, so there was some movement in the car but it was okay.”

Ferrari have played down expectations for the Australian GP with technical chief Pat Fry admitting they are unlikely to be on the podium in Melbourne.

Alonso, though, says it is still hard to judge where they are in the pecking order after Friday practice.

“It was a normal Friday for us. We had some parts on the car in P1 that we wanted to have confirmation on coming from Barcelona – they are new coming for this race,” he explained.

“Everything went okay, positive results but there was very little time available in FP1 and FP2 on dry tyres but even with that we managed to complete the programme.

“We only missed the tyre comparison between medium and soft, which we will do tomorrow I guess. Overall a good Friday but in terms of how competitive we are, or the feeling we have with the car, it didn’t change too much.

“The feeling was quite okay, we had good answers and a good feeling driving the car – but I also had a good feeling in Jerez and Barcelona. We don’t know how much the others have but it was okay.

“I think that especially in FP2 with the conditions we had it was impossible to see the level of competitiveness.

“I think with the Red Bulls 10th or 11th, or with (Lewis) Hamilton 16th and (Heikki) Kovalainen seventh there is a little bit of mix but I’m happy.”