Home Uncategorized Alonso: I’ll be watching qualy on the TV 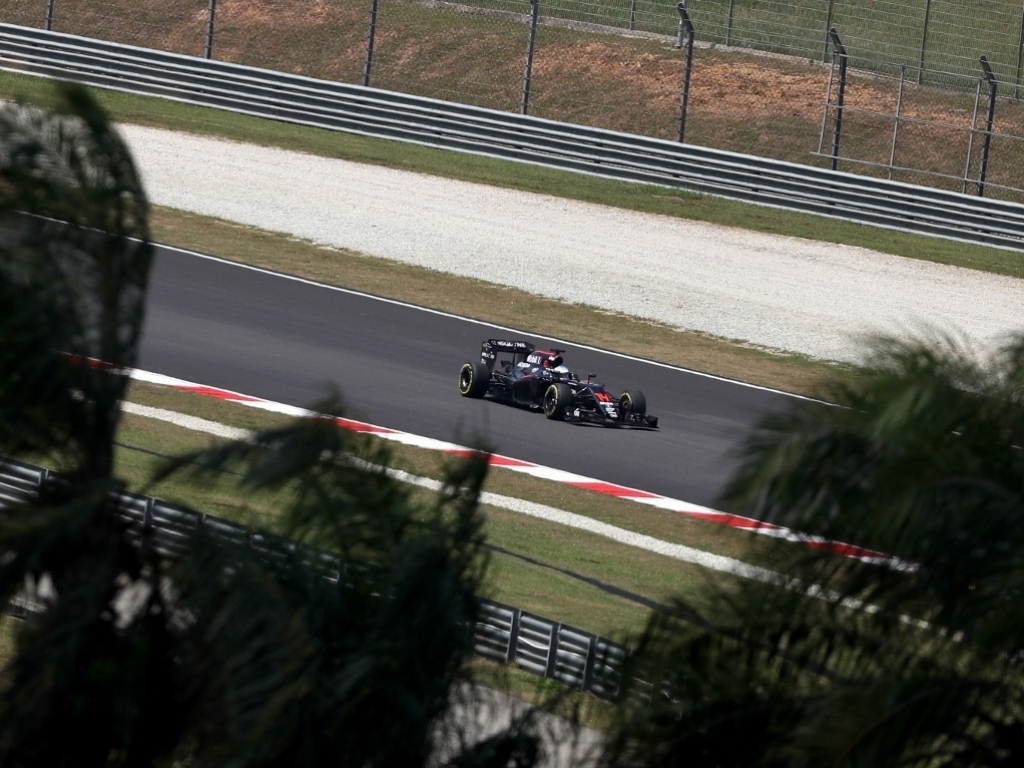 Fernando Alonso has confirmed that he will only put in one lap during qualifiers for the Malaysian Grand Prix and will watch his colleagues battle it out from the TV for the rest of the session.

The McLaren-Honda driver was hit with a 30-place grid penalty after he changed his engine with an updated one. The Spaniard ran the updated engine during Friday’s practice sessions and will continue to use it for the rest of the weekend.

The reason he will only be issuing one lap during qualy is to save his tyres for the race, where is hoping to get into the points despite the penalty.

He also added that his team-mate Jenson Button has a good chance to qualify into Q3.

“Qualifying will be very short for me – I’ll do just one timed lap, to get within 107 per cent of the pole time and then I’ll watch the rest of the action on TV!” Alonso said.

“Then I’ll save as many new tyres as possible for the race to attack from start to finish.

“I think with Jenson the team can fight for Q3. Hopefully I can join him in the points at the end of the race.

“We are expecting rain, I don’t know if it will come for qualifying or for the race, but whenever it comes it will help us. So there’s all to play for, it was a good day, because we did a lot of laps and the things we tried worked well.”