Home Uncategorized Alonso: I’m fighting Seb and not the car 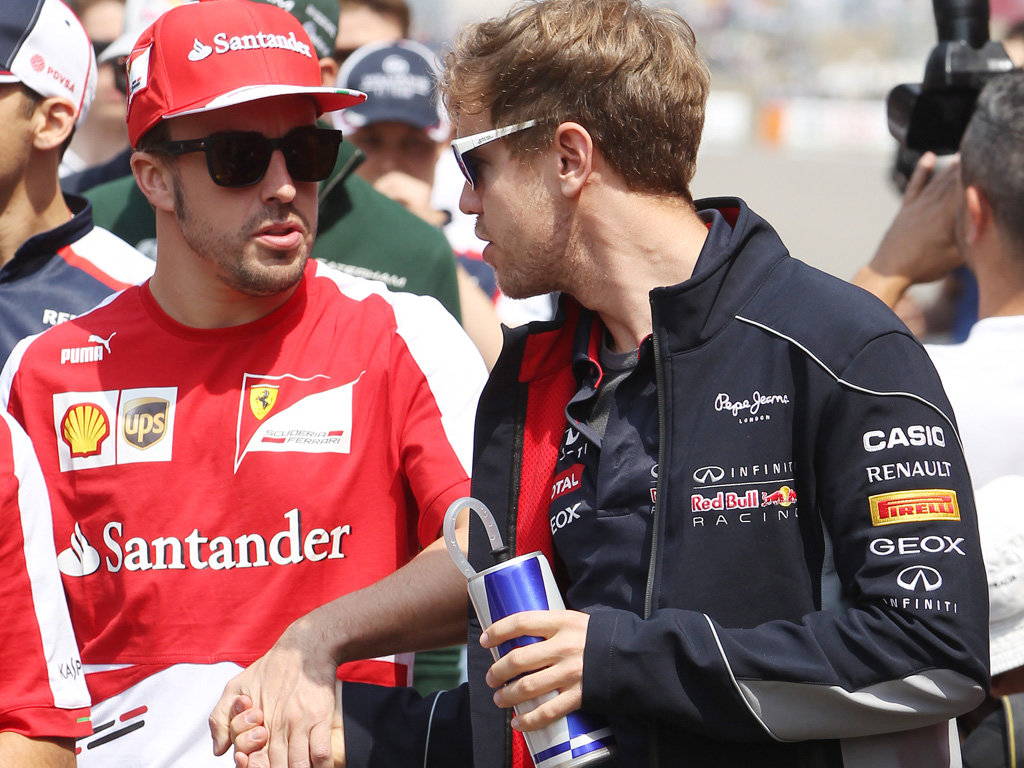 Fernando Alonso admits he is “fighting against Sebastian Vettel” this season and not the Red Bull car.

Alonso was quite outspoken in the past about just how quick the Red Bulls are with the Spaniard saying last year that “we’re not only fighting Sebastian, but also [Red Bull design chief Adrian] Newey”.

However, it has been a different story so far this season as the RB9 has not dominated races like its predecessors. Vettel, though, has proved that he is one of the best on the grid currently as he has won four races and lead the Championship.

Two-time World Champion Alonso concedes that he is now in a battle with Vettel the racer.

“At the moment we are fighting against Sebastian,” he told autobild.de.

He explained: “Our cars were very similar at start of the season, we fought on the same level against each other. I had said in the second half [of 2012] that I am not fighting against Sebastian or Mark [Webber], but against an aeroplane – the pace of the Red Bull was that strong.”

He added: “Maybe some people misunderstood me as I was simply trying to say that it’s hard to fight against a car that has the potential to finish first and second in every race. That is no longer the case this year. Sebastian is ahead because he is doing the best job. ”

Vettel has certainly looked in imperious form in recent grands prix and his victory at his home race in Germany helped him to open a 34-point lead over Alonso in the Championship.

The Spaniard, though, is not giving up hope of catching the Red Bull driver as there is still a long way to go.

“As long as we are not 50 or 60 points behind the leader, we do not give up,” he said. “Sebastian was 44 points behind me last year and he still won the title. Anything is possible.”