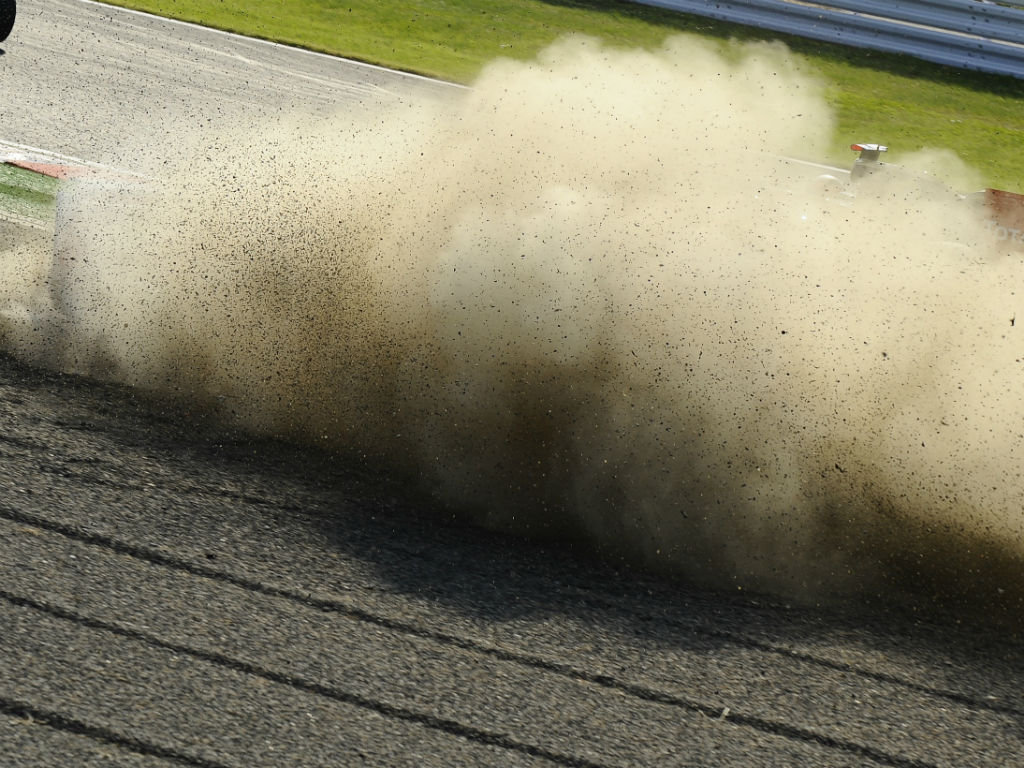 Fernando Alonso concedes he needs to start avoiding other peoples mistakes after his second DNF of the season caused by a Lotus driver.

The Spaniard, who has been Mr Consistency this season, suffered his first retirement of the season in Belgium when he was caught out in the first corner carnage caused by Romain Grosjean.

In Japan on Sunday, though, it was Grosjean’s team-mate who played a role in Alonso’s second DNF.

Fighting for track position, the Ferrari driver’s rear tyre was clipped by Kimi Raikkonen resulting in a puncture and a F2012 in the gravel. Game over.

“Kimi touched me a little on the rear tyre, I got a puncture and was not able to continue,” Alonso told the BBC.

“It’s a shame; when you cannot even get past the first corner it’s sad.

“But we need to think and concentrate for next week. We need to keep working well, not doing mistakes.

“You get a puncture and have to retire – there’s nothing you can do.”

Alonso still leaves Japan with the lead in the Championship, although it is now four points compared to the 29 he started the weekend with as Sebastian Vettel claimed the victory.

“Thanks to our consistency we lead the Championship,” the 31-year-old said. “Others are making mistakes and we need to avoid this.”

Alonso later took to Twitter, congratulating team-mate Felipe Massa on his first podium since Korea and lamenting his own bad luck.

“Yesterday in qualy and today in the race we had bad luck with Kimi, a yellow flag and a puncture today! Now all our efforts for Korea!” he tweeted.

Looking ahead to what is left of the title race, Alonso reckons it’s now a five-race mini Championship.

“I think one time I will retire, maybe next time Vettel will retire, you never know, that’s motorsport,” he said.

“It’s five races to go, it will be like a mini Championship, because we start with the same points and we need to score one more point [than him] in five races. So we will try to do it.”