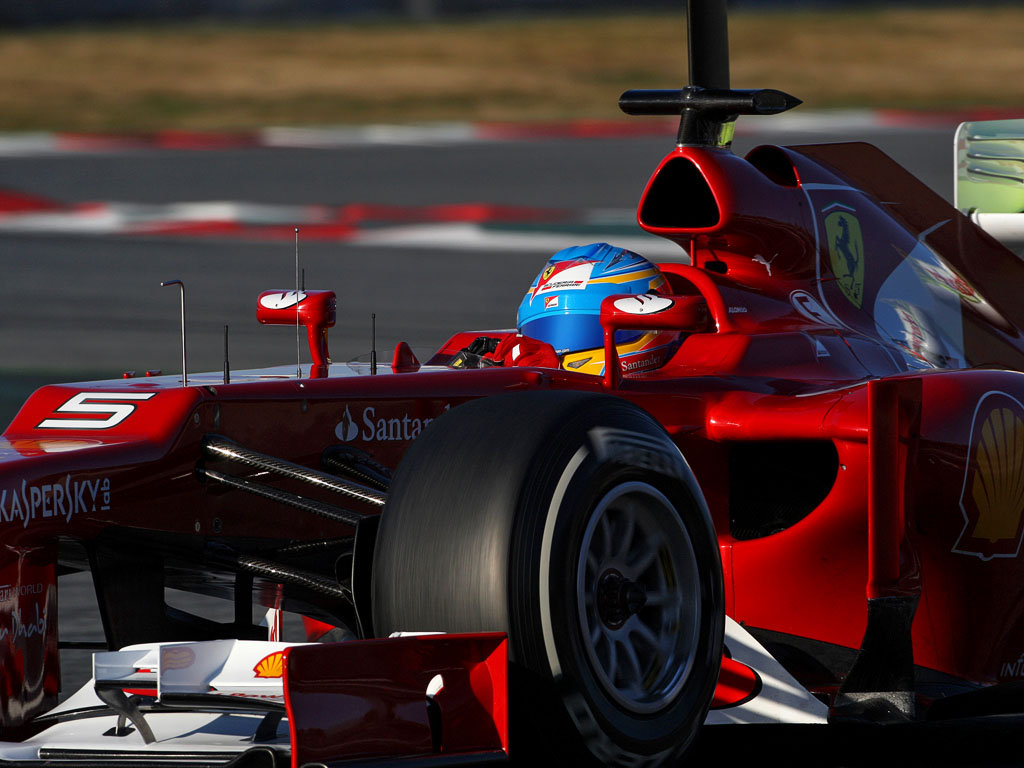 Fernando Alonso acknowledges that Ferrari’s new car is “not the fastest” at the moment, but says it is too early to judge exactly where they stand…

Fernando Alonso acknowledges that Ferrari’s new car is “not the fastest” at the moment, but says it is too early to judge exactly where they stand.

Alonso and team-mate Felipe Massa have rarely troubled the pacesetters during pre-season testing so far. The team, though, have stayed pretty quiet about their position, insisting they are “collecting data”.

The double World Champion, who was third fastest with a 1:23.180 on day two at Barcelona, shrugged off their performances in testing, saying they will only get a clearer picture from the third test onwards.

“We [will] see [if we can fight for victory in Austrlia]. I think it is too early to say,” he told Autosport.

“Definitely our targets are very ambitious. It is normal for Ferrari; you always try to win straight away the first race of the Championship if you want to be a contender, so that was the target over the winter.

“At the moment we don’t know exactly where we are. I think maybe we are not the fastest but definitely we are not the slowest – so we need to wait and see, especially in the final test. With hotter temperatures in Australia etc we will see how the cars work and in Q3 there is the time to see where you in Melbourne.

“Red Bull seems competitive. That is not a surprise, as they have continuity in the last two or three years with that car, so it is difficult to get it wrong completely.

“They will be always there, so McLaren/Ferrari they need to invent something and be a bit more creative to beat Red Bull, and that is what both teams did. McLaren and Ferrari, they chose different solutions, different philosophies maybe and maybe more complex, but the result we will see in Melbourne and more importantly in November.”