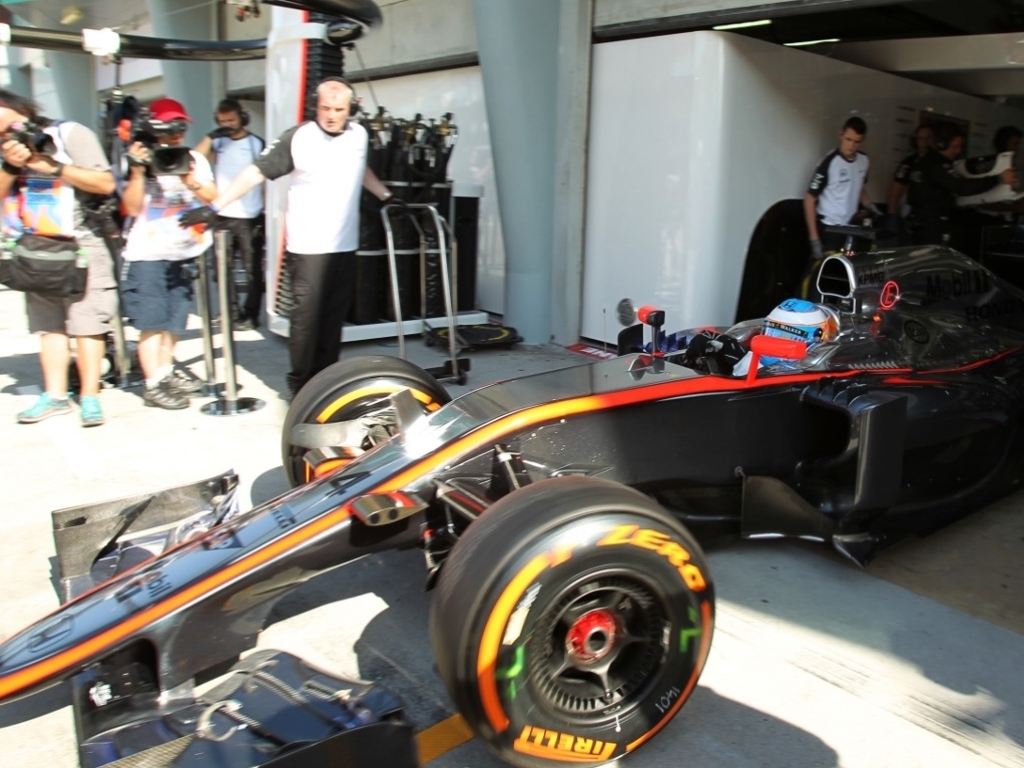 Fernando Alonso was back in the cockpit of the McLaren at Sepang on Friday and declared the team have made "good progress" in two weeks.

The double World Champion missed the season-opening Australian Grand Prix after he suffered a concussion during the second pre-season test in Barcelona in February.

The Spaniard, though, finally got his 2015 campaign up and running on Friday.

"It feels great to be back in the car – I enjoyed driving so much today. Maybe I’m not quite 100 per cent fit after two weeks on the sofa and two weeks out of the car, but I’m fit enough to enjoy it out there," he said. "Today really feels like the second day of testing for me – I had one solid day’s running in Barcelona during the winter, when I did 63 laps, and I managed 45 today.

"Plus, we ran with zero problems – so that’s an important step, too. We are improving the aero package, gaining a greater understanding of the power unit, and we also have better interaction between everyone working on the car. Every lap is a learning curve for us.

"The car feels consistent and easy to drive, and it’s giving me the confidence to push it to the limit. We had some issues with braking consistency today, but we should be able to resolve those overnight. I feel great – I enjoyed today so much."

In his absence in Melbourne, McLaren struggled with his replacement Kevin Magnussen failing to start the race due to an engine problem while Jenson Button was the only driver not to score a point as he finished 11th.

Alonso, though, feels they have made up some ground.

"I am curious to see tomorrow if we have a dry qualifying how much we improve," he said. "In Melbourne we were 4.6secs behind pole position, here I think we are in a window of 3 or 3.5secs, so it is 1sec or 1.5secs to gain in two weeks, so good progress."