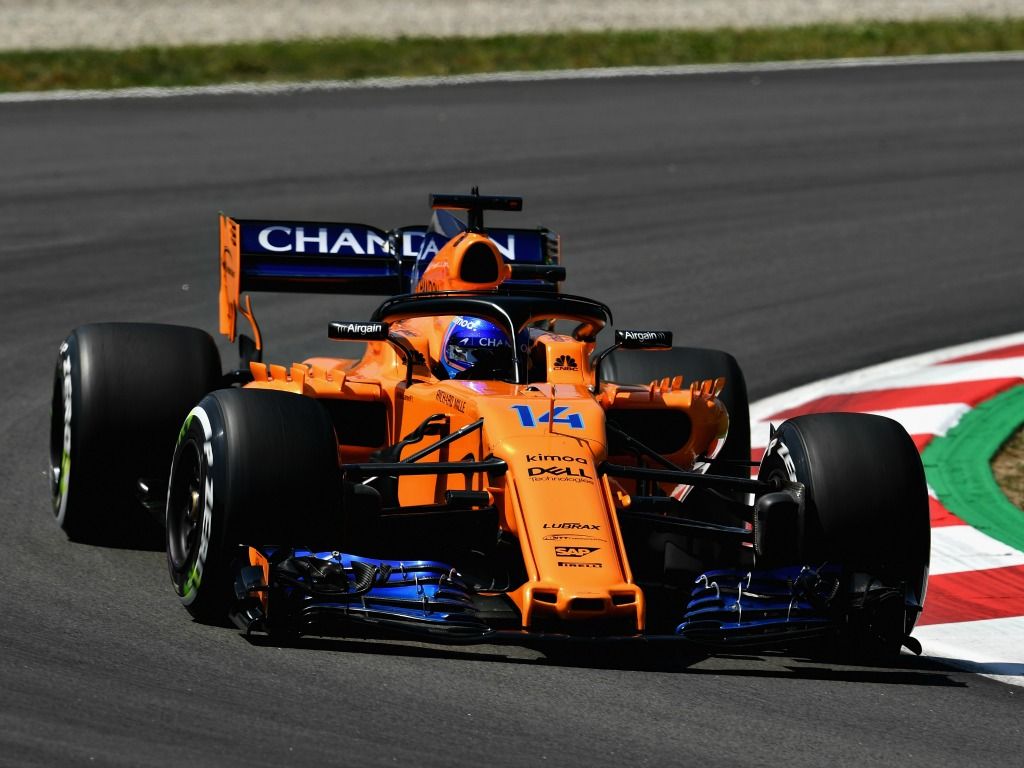 Fernando Alonso feels McLaren have made a “step forward” with their major upgrade package brought to the Spanish Grand Prix weekend.

The MCL33 featured a brand-new, radical nose at the Circuit de Catalunya as part of their  long scheduled update to try and bring the car closer to competing with the top three teams.

Alonso finished just outside the top 10 in FP2, with Stoffel Vandoorne able to extra more pace on faster tyres to get himself up to P9.

But the home favourite is happier with how the car feels compared to previous races.

“The upgrades we brought here are a step forward,” Alonso said.

“There is more performance in the car – it felt better and there was more grip.

“Conditions were tricky today with the hot temperatures and especially the wind; we saw a lot of people going off track and I think it’s going to be the same tomorrow.

“It has been a positive Friday and we’ve tested everything we brought here.

“There’s still some debate about some of the parts, but we seem to be a little bit more competitive here than any of the other Fridays this season.

“We’ll have a clear reference tomorrow about how much we have really improved compared to everyone else. It’s going to be cooler and there’s even a threat of rain forecast for Sunday.

“We possibly have a chance to make it into Q3 tomorrow, so let’s try and maximise that.”