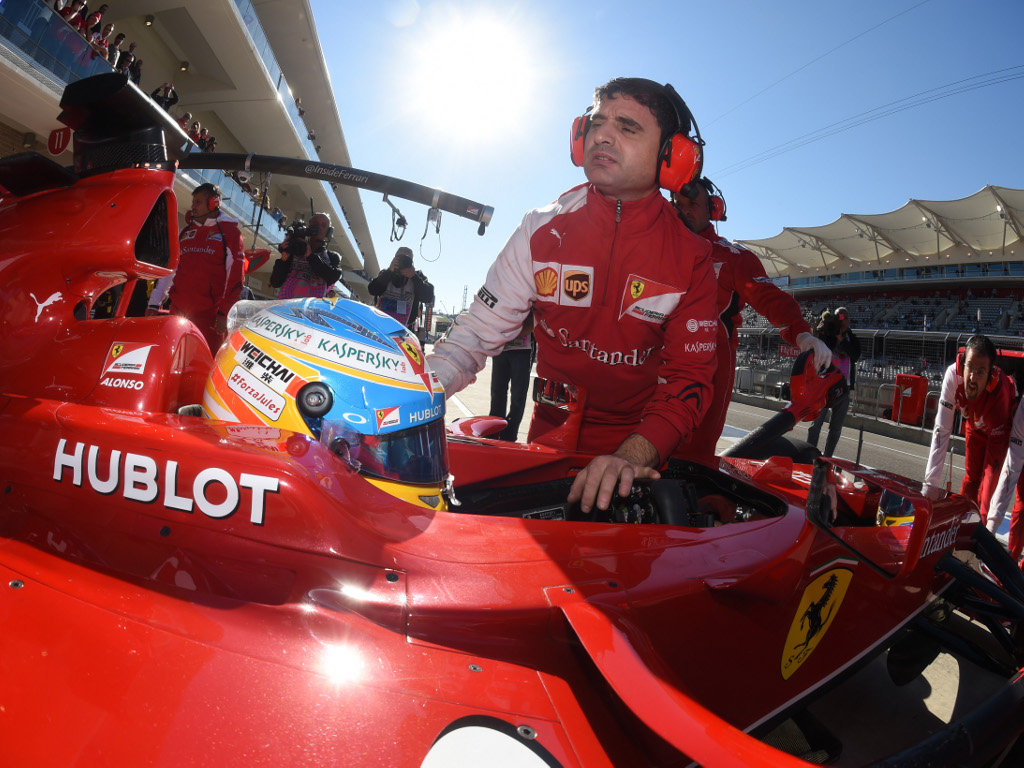 Fernando Alonso nearly joined Sebastian Vettel in the pitlane for the US GP, but Ferrari decided to use an older engine.

Having already exhausted his allocation of five engines for the season, Vettel opted for a brand new power unit for Sunday’s race in Austin and the automatic penalty is a pitlane start.

Alonso is also cutting it fine in terms of engines and Ferrari considered a pitlane start, but they decided to go down another route, and the lack of power from the old engine told on Saturday as the Spaniard was only sixth fastest.

“We were a couple of tenths down on the engine because we have some limitations there after the Monza engine failure,” he said.

“In fact we were discussing last week using the sixth engine and starting from the pitlane like Red Bull will, or using a very old engine with a little bit less power but at least we wouldn’t need to recover places.

“We chose the second option, so probably we are missing a little bit of performance here and there.”

Asked by Autosport if he thought he could get through the last three grands prix of 2014 within the five-engine limit, Alonso replied: “We are doing all these things to not take the sixth.

“If we can manage here and Brazil, then we must not have a penalty in Abu Dhabi because it is double points.

“We have a better engine available. We need to put the better one in Abu Dhabi, so we’ll manage these races.

“I think we’ll be OK. We have probably lost out today because of the power, but I’m still in my normal position of sixth.

“I’d prefer to start sixth, a couple of tenths down because of power, rather than at the back.”