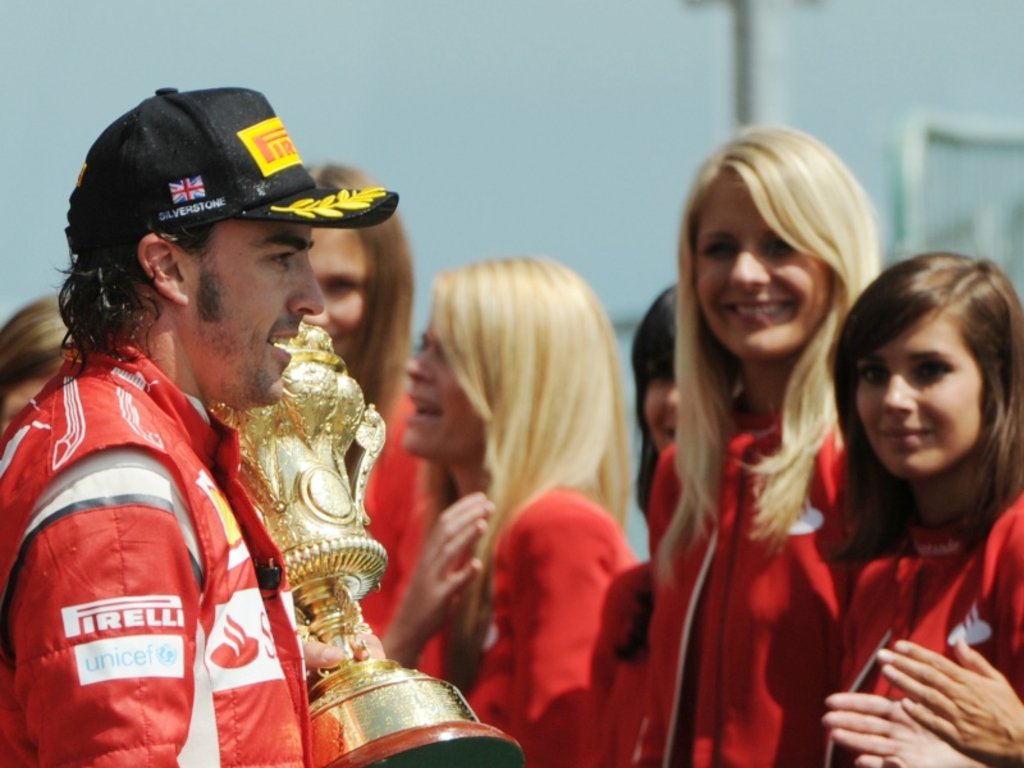 Fernando Alonso has downplayed talk of mounting a title challenge despite taking his first win of the campaign at Silverstone.

In a much-improved performance from Ferrari – and a little from errors made by their rivals – Alonso took the chequered flag by over 16 seconds ahead of Championship leader Sebastian Vettel.

It was a great moment for Ferrari but barely helped their title quest as, although Alonso moved up third place in the standings, he still trails Vettel by 92 points. As for the Italian stable, they are 164 points behind Red Bull in the race for the Constructors’ crown.

So it’s no wonder that Alonso says Ferrari should just enjoy the moment rather than start thinking about the World titles.

“We will try to enjoy the moment, the win, and to keep working hard,” said Alonso.

“There are not Championship thoughts at the moment because the gap is massive to Seb. We need to enjoy every weekend, and there is no time to think about anything else.”

He told the BBC: “Honestly the race pace was good and so even without that problem, that we have suffered in the past, we could have won the race. We were very, very strong.

“We were expecting to be competitive. To win was a great result.

“It was a relief, for sure. It was important because after such a tough time it was a relief for everyone who has been working so hard for Ferrari.”

Asked about his team’s chances of beating Red Bull to the titles, he said: “I want to be cautious but never say never.”