Home Uncategorized Alonso: Not as competitive as Monza 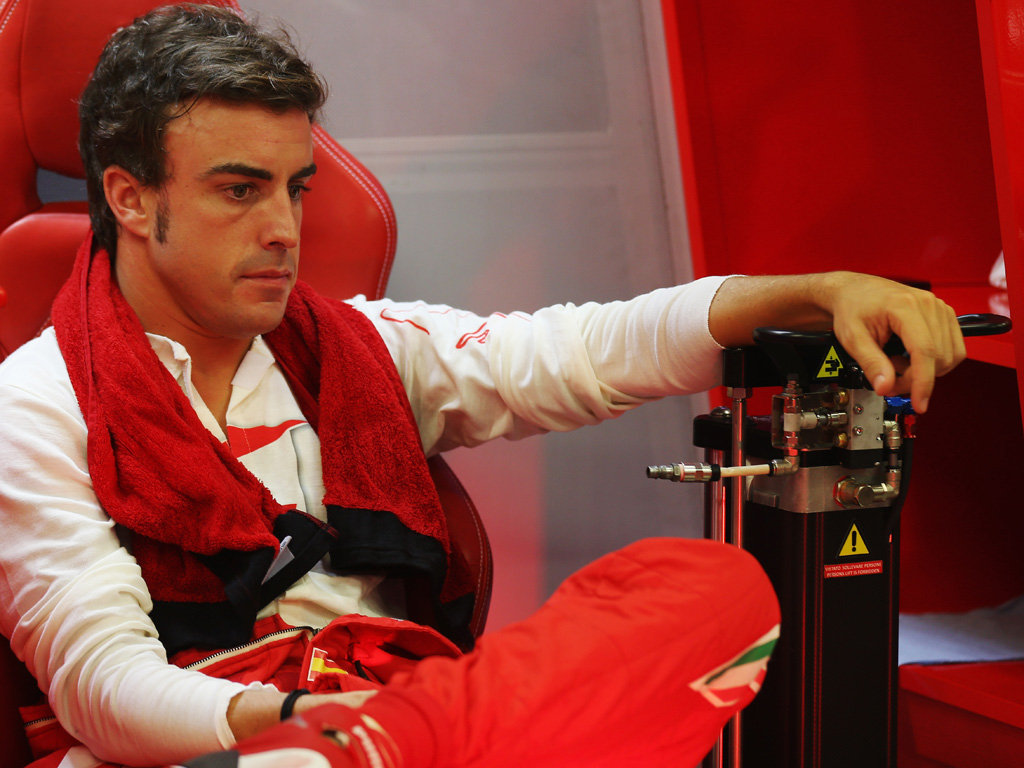 Fernando Alonso says Ferrari have yet to decide whether they will run their updated rear wing as some new components were more successful than others.

Ferrari arrived at the Marina Bay circuit for round 14 of the Championship with a new rear wing, which features larger flaps and new endplates.

The Italian stable ran the wing only to later revert to the old design with Alonso finishing the day with the third best time, a 1:48.896. That, though, was over half a second slower than Sebastian Vettel’s pace-setting time.

“We tried various new components on the car: some seem to be positive, others less so, but maybe in the case of the latter, we need to spend a bit more time for them to be developed as well as possible,” Alonso declared.

“Overall, I would say today was positive, even if the first impression is that we are not as competitive as we were in Monza, two weeks ago. We still lack a bit of performance on tracks like this one, where you need maximum aerodynamic downforce.

“From what we saw today, there’s a significant difference between the two types of tyre, but we will have to wait until tomorrow to get a clear picture of the situation on this front. Maybe today’s difference has been somewhat exaggerated by the evolution of the track surface.”

As for the Pirelli tyres, Alonso said that traffic at the street circuit meant Ferrari were not able to get a clear picture of their levels of degradation.

“Testing the tyres over a long distance is very complicated on a track like this, because of the traffic, therefore it’s difficult to make a direct comparison to our main competitors.

“I am reasonably sure that, on Sunday, we will see rather significant degradation and it will be important to manage that as well as possible.”