Home Uncategorized Alonso not giving up on the title 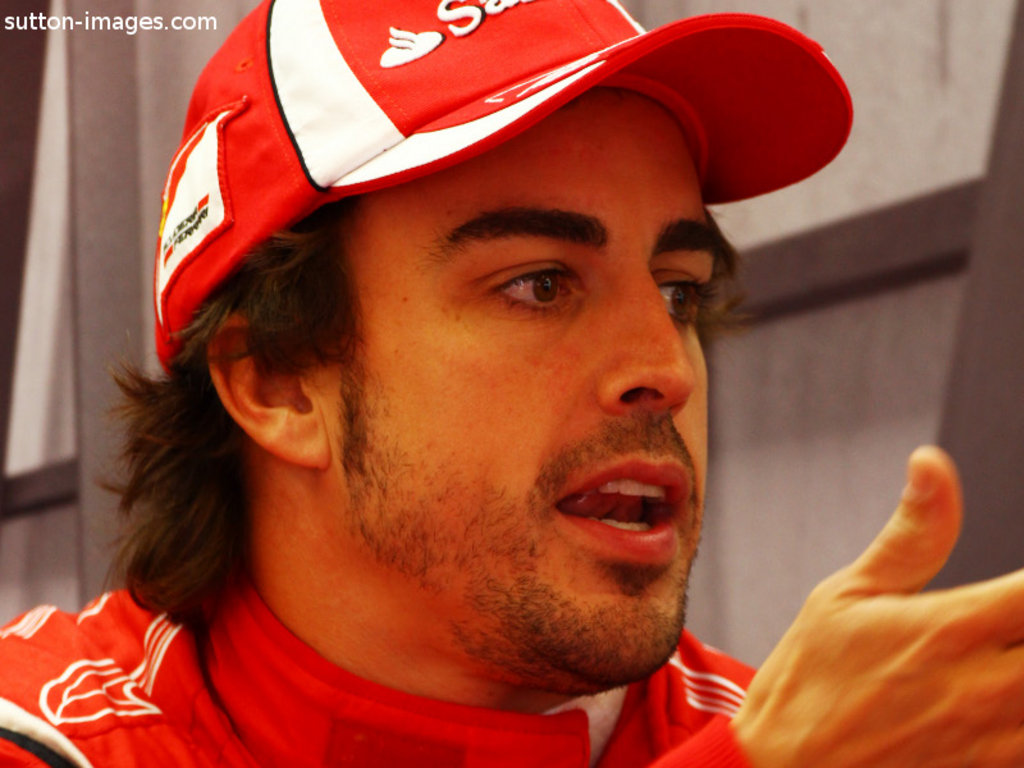 Fernando Alonso is “convinced” Ferrari will launch a bid for this year’s titles after finally reaching the podium in Turkey.

Despite ending last year’s Championship as one of the front-running teams and keeping that form through into pre-season testing with their new car, Ferrari failed to deliver in the opening three races of this year’s campaign.

Struggling to match the Red Bulls and McLarens in qualifying, neither Alonso nor Felipe Massa were able to get onto the podium as their race-pace was also not as strong as expected.

However, the Italian outfit turned a corner in Turkey with Alonso achieving their first podium finish of the Championship.

And although the gap to runaway Championship leader Sebastian Vettel is still a massive 52 points, Alonso is adamant he can and will fight for the World title.

“You know I like playing with numbers – and as I travelled backwards and forwards between home, Maranello and Turkey, I made a comparison between my first four races of last year and those of this year in the corresponding grands prix,” he told Ferrari’s website.

“What came out of this little game was that compared to 2010 I’m eight points short (49 versus 41) but in the same four races, this year I’ve brought home 13 more points compared to last year (41 versus 28).

“It’s true that my current gap to the top of the Drivers’ Championship is much greater (52 points) compared to what I had after Shanghai 2010 (11 points) but I well recall that after Silverstone we were 47 points away and we only had eight races left. Today we still have 15 grands prix to come.

“This shows that you can look at the same thing in two different, even completely opposite ways. What matters are results and we’ve started to make the podium: we must do that regularly and if so I’m convinced that we will again be able to fight for the title.”

The double World Champion also urged his team not to rest on their laurels as while his Turkish GP P3 was a morale boost, Ferrari should be aiming higher.

“Third place was also important for the morale of the team. We were all unhappy with a start to the season that did not live up to expectations and we know how much good it does to see that the efforts expended every day are paying off.

“But we certainly can’t be happy with a third place and what matters most is that we must be much more competitive in qualifying. If we always start from the third row or lower it’s a struggle to fight for the podium.

“We have a lot of irons in the fire and we hope that as early as next week in Barcelona we will have new parts that allow us to take an important step forward in qualifying as well.”