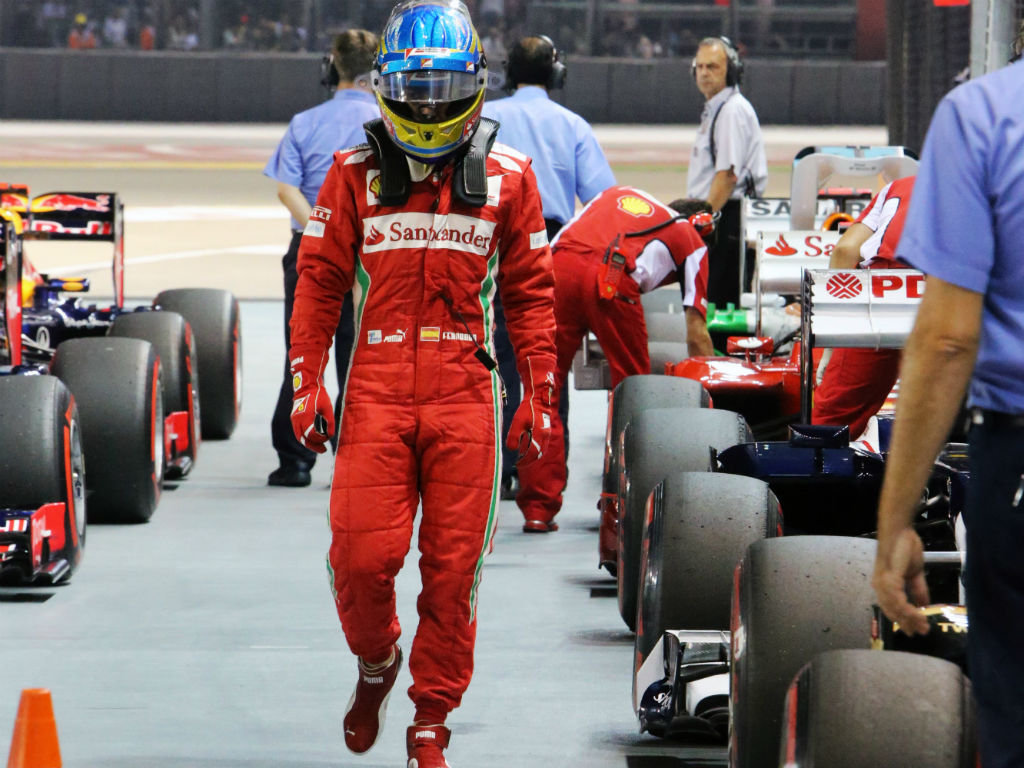 Fernando Alonso concedes Ferrari just didn’t have the pace needed to challenge at the front in qualifying after being behind their rivals all weekend.

Despite moving up behind Red Bull and McLaren in the final practice on Saturday morning, Alonso was not able to maintain his charge in Saturday’s qualifying at the Marina Bay circuit.

The Ferrari driver finished fifth quickest, 0.854s short of Lewis Hamilton’s pole position time, admitting the McLaren driver was in a class of his own.

“I think the McLarens were unbeatable, at least for pole.”

Alonso, though, is refusing to give up on securing a good result in Sunday’s flood-lit grand prix but ruled out fighting for the victory.

“We need to concentrate on tomorrow,” he said.

“Starting fifth, on the inside, we have a good position to fight for the podium, which is maybe the maximum for the weekend.

“It will be a tough race for the gearbox, tyres, brakes, suspension and concentration also because the walls are very close.

“So it is a race we need to finish. If someone is quicker than us then we will congratulate them.”