Home Uncategorized Alonso: Nothing to say about Seb 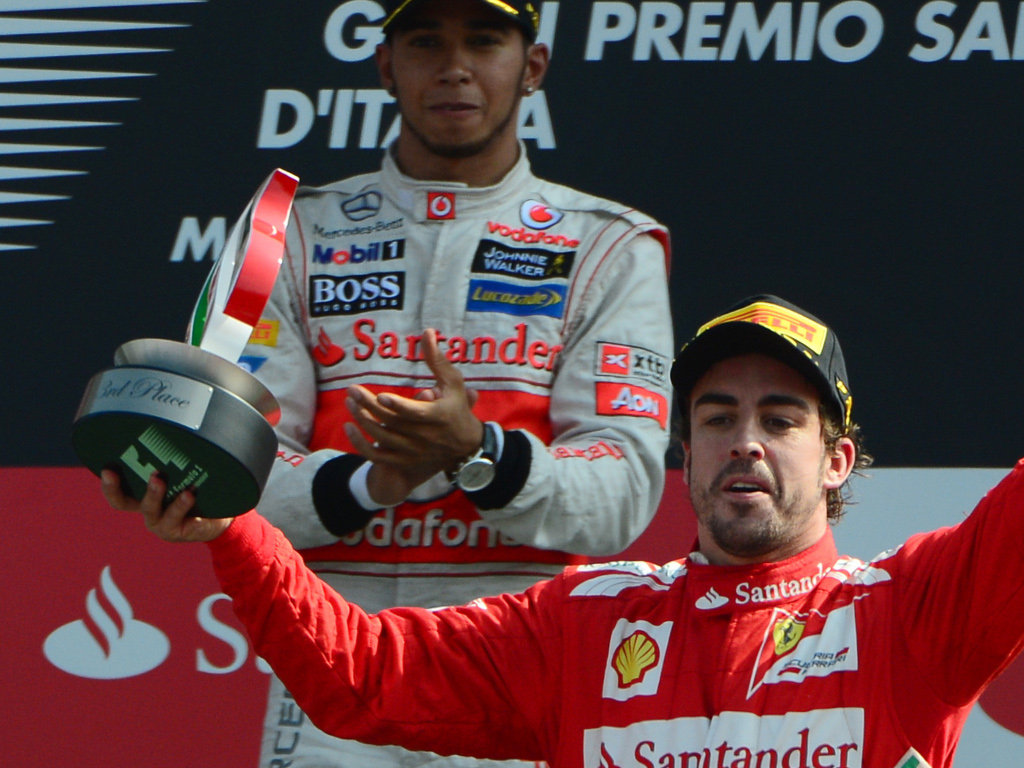 Fernando Alonso has refused to slam Sebastian Vettel after their on-track tussle damaged his F2012 in Sunday’s Italian GP.

Fighting over fourth place around the Monza circuit, Alonso was stuck behind Vettel despite appearing to have the faster car.

The Spaniard tried several times to look up the inside or around the outside before finally opting for the latter at the Curva Grande.

But instead of taking fourth, Alonso got a face full of dirt as Vettel pushed him wide and off the track.

Telling his Ferrari mechanics that “that’s enough,” Alonso overtook Vettel two laps later at the same spot while Vettel was then called into the pits for a drive-through penalty.

Asked about the incident, Alonso said: “Nothing really to say.”

“I lost 10 laps behind him, after the incident, and for sure the car is damaged because at 330km/h you are jumping on the gravel so I don’t think the floor and everything will be fine after those jumps.”

Alonso, who had started tenth after car troubles in Saturday’s qualifying, went on to finish in third place having been overtaken by Sergio Perez in the final ten laps.

“It was a difficult race starting from 10th but we knew we had possibly the quickest car this weekend,” said the Spaniard.

“We had the pace to recover the position so it was a good result for us.”