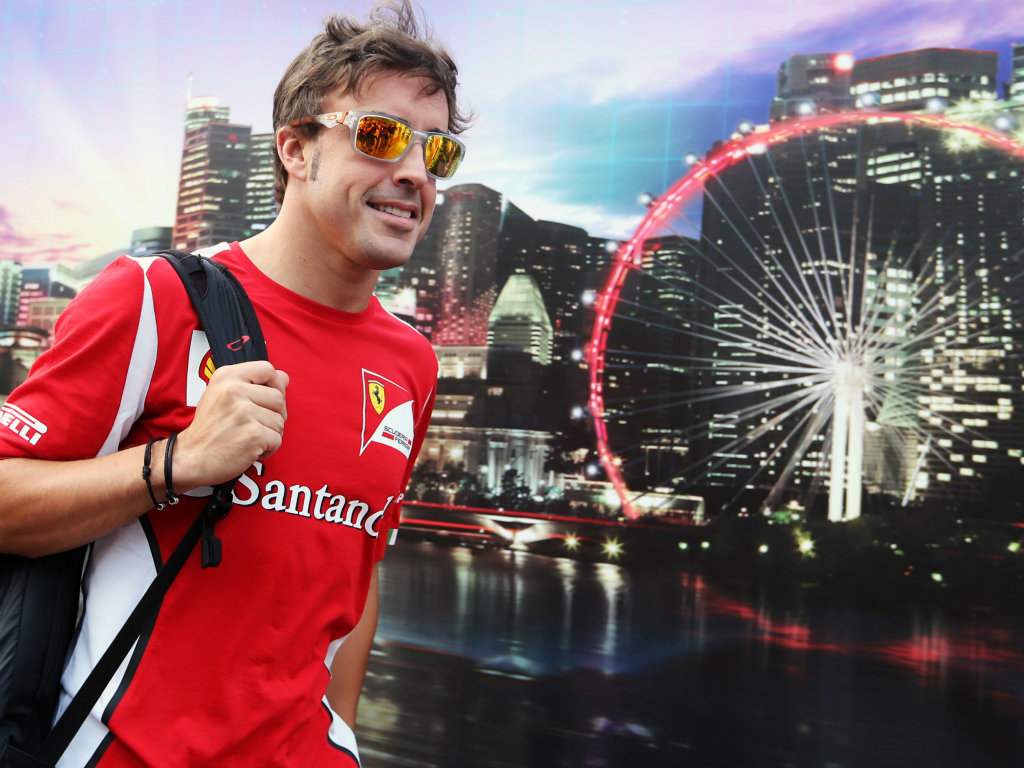 Fernando Alonso says Lewis Hamilton is the rival he’s determined to beat in Singapore, even going as far as to cover his strategy…

Fernando Alonso says Lewis Hamilton is the rival he’s determined to beat in Singapore, even going as far as to cover his strategy.

Arriving at the Marina Bay circuit, the double World Champion is leading the standings by 37 points over Hamilton.

However, it’s the McLaren driver who has been in better form of late, winning two of the last three races to move up to second.

As a result of Hamilton’s improvement in the Championship, Alonso has revealed that it is now the Brit who Ferrari will be keeping a close eye on.

“There are many teams that are strong and are still contenders, with maybe five or six drivers that can fight for the title,” he told Ferrari’s website.

“Lewis is second at the moment and since February, we have said that he is the one that probably I respect the most, because we know what he can do in good cars or bad cars.

“In terms of strategy, it is almost impossible to cover five drivers, as they can make pit stops at different times, so in this race, we need to cover whichever driver is closest in the classification, which means Lewis at the moment.

“McLaren has won the last two races and so they are the favourites here as well.”

Ferrari, though, are determined to end McLaren’s run of victories, which has seen the Woking outfit go on a three-race run.

“Hopefully we can stop their dominance: we have brought some new parts for the car and are optimistic that we can do well here and at the next two or three grands prix,” said Alonso.

“We need to see how we perform on Friday, but our aim is to fight for pole and the win in this race.

“We were competitive in Monaco and Canada, which are similar circuits and so we are optimistic. We know how important is pole position here.”