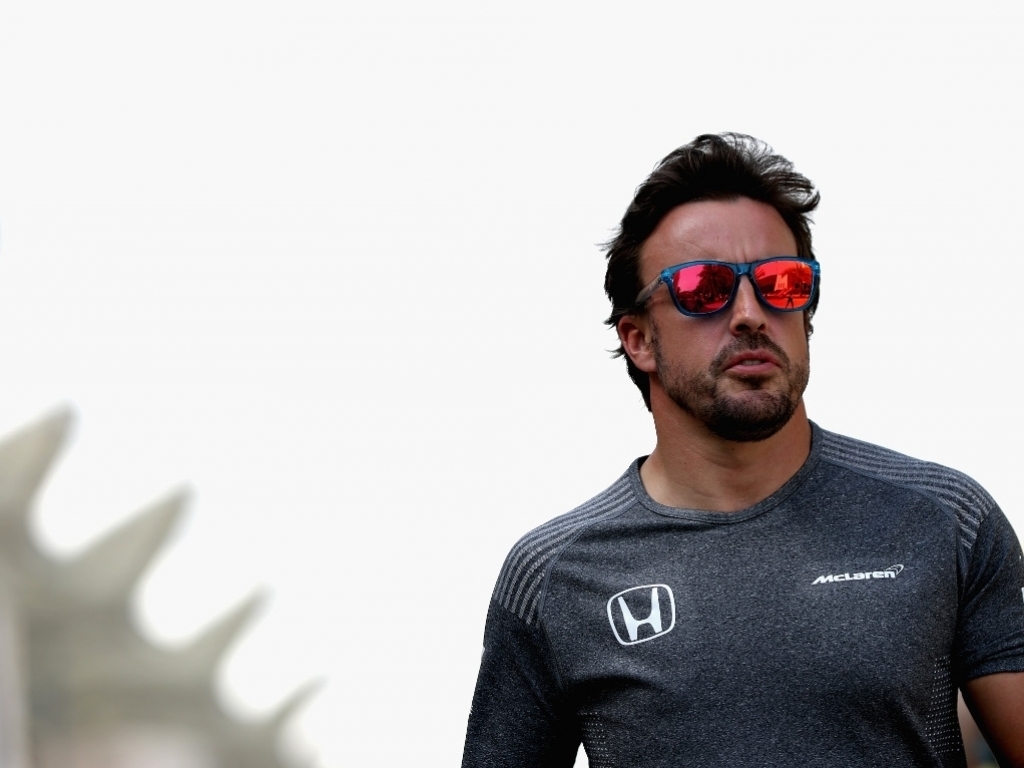 Fernando Alonso continued to impress in the build-up to his Indianapolis 500 debut, fourth fastest on Fast Friday at the Brickyard.

IndyCar upped the ante on Friday as the drivers prepared for qualifying for the 101st edition of the race.

With bad weather on the horizon, Alonso put in an average lap speed of 231.827mph, 6mph faster than his time from Thursday.

Asked if he was aware of the speed difference, he replied: “Not really.

“I think at the end of the day when you’re driving the car you don’t realize if you are six or seven miles (per hour) faster; you always want an extra mile to be able to go faster. Today was obviously a little bit stressful with the rain coming and we tried to fit as many laps as possible in the (early afternoon).

“Yes, we managed to fit another two (qualifying-simulation) runs late in the day. We’re quite happy. It was another day of learning those extra speeds and hopefully tomorrow we have a good (qualifying run).”

The McLaren driver finished the day fourth fastest with former Toro Rosso Sebastien Bourdais setting the pace. He did an average lap speed of 233.116mph.