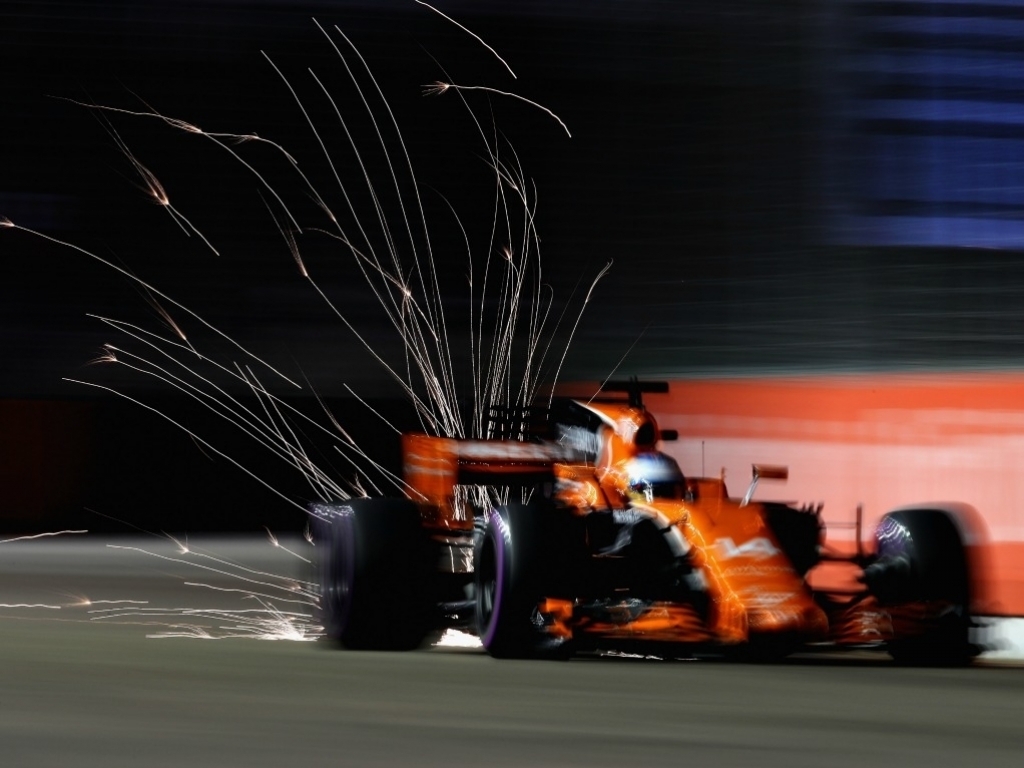 Fernando Alonso is ready to go all-out attack at the Marina Bay circuit on Sunday as McLaren-Honda set their sights on a double-points finish.

Both Alonso and Stoffel Vandoorne have been consistently running in the top 10 this weekend as they show the strength of the McLaren chassis.

"We knew this circuit could have a good performance for our car," Alonso said to Sky Sports F1. "The aim is to be in the points with both cars tomorrow.

"To do that we had to be in Q3 today with both cars, so let's say the first part of the job is done. We need to complete the job tomorrow, but so far so good.

As Alonso starts in P8, Vandoorne is one place behind in P9 and is also hoping to take advantage on the opening laps.

"We've been competitive since the start and we came here expecting to have both cars in Q3, so we're reasonably happy," Vandoorne told NBC Sports.

"Q1, Q2 was very strong for us and maybe we missed a little in Q3 to make a step up.

"Hopefully we can carry that forward tomorrow, because our race pace was looking quite strong. On a street circuit it's always difficult to overtake, so hopefully with a good start and some mayhem in front we can benefit from that."