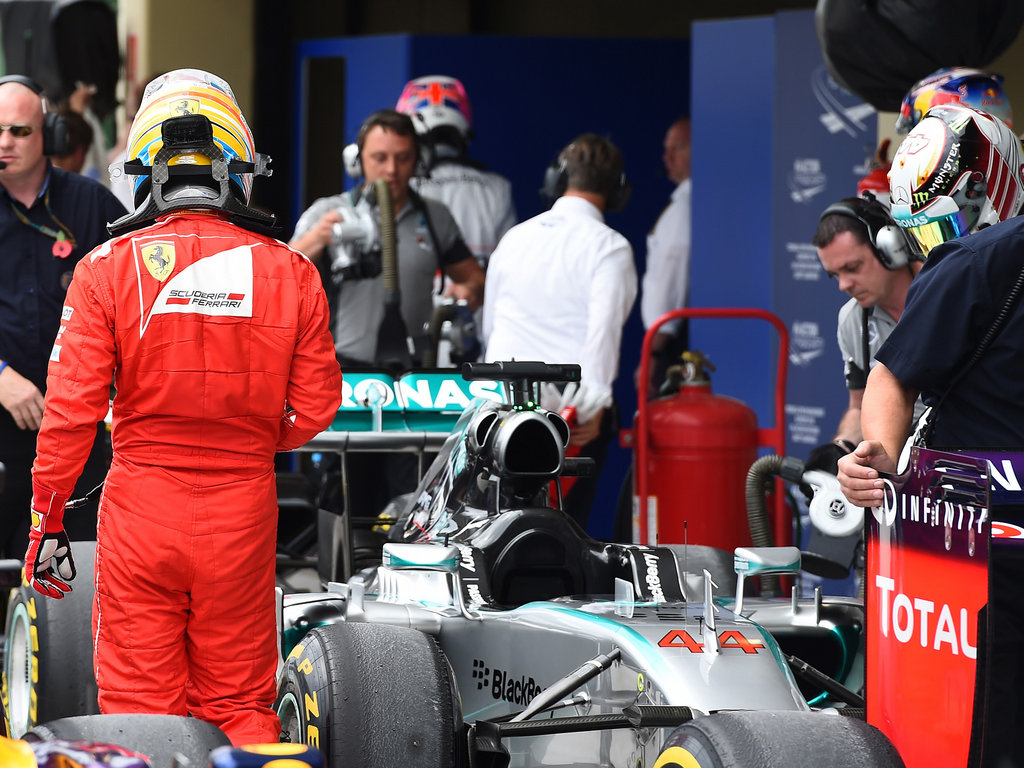 Fernando Alonso insists nothing should be read into his radio outburst during qualifying for the Brazilian Grand Prix.

The Ferrari driver made his frustrations quite clear during Q1 after he was forced to abort his first flying lap as his battery was not charged, asking his race engineer: “Why I can’t I start qualifying with the normal setting? How is it possible? How?”

However, the Spaniard said it’s “normal” to have these conversations with those on the pitwall.

“In Q1 we were not ready to do the laps,” he is quoted as saying by Crash.net. “The first flying lap is normally the best for the tyres and my first lap was a recharge lap because I had no battery coming out of the garage. So we were not prepared for Q1, let’s say it like that.

“It didn’t affect anything because Q1 is just a matter of going through. We put things in place and then we arrived in Q3 with the best performance on the car, one set of new soft tyres and we put the lap together at the last attempt, so it did not affect the qualifying. We just were not ready for that lap but it’s no big thing.

“Obviously when it goes on television there is a big thing for tomorrow but there are hundreds of these things that don’t go to television and it’s normal.”

Ferrari are currently fourth in the Constructors’ standings, 49 points ahead of McLaren, but they will have their work cut out for them on Sunday as both McLarens are ahead on the track of Alonso, who qualified P8, and Kimi Raikkonen, who will start 10th.

“As I said in Austin, at the moment the Constructors’ Championship is my main priority,” he said. “Maybe Williams is now too fast – we have to be realistic – so we have to defend from McLaren. As I did in Austin, finishing in front of both McLarens, tomorrow I will try to do the same.”