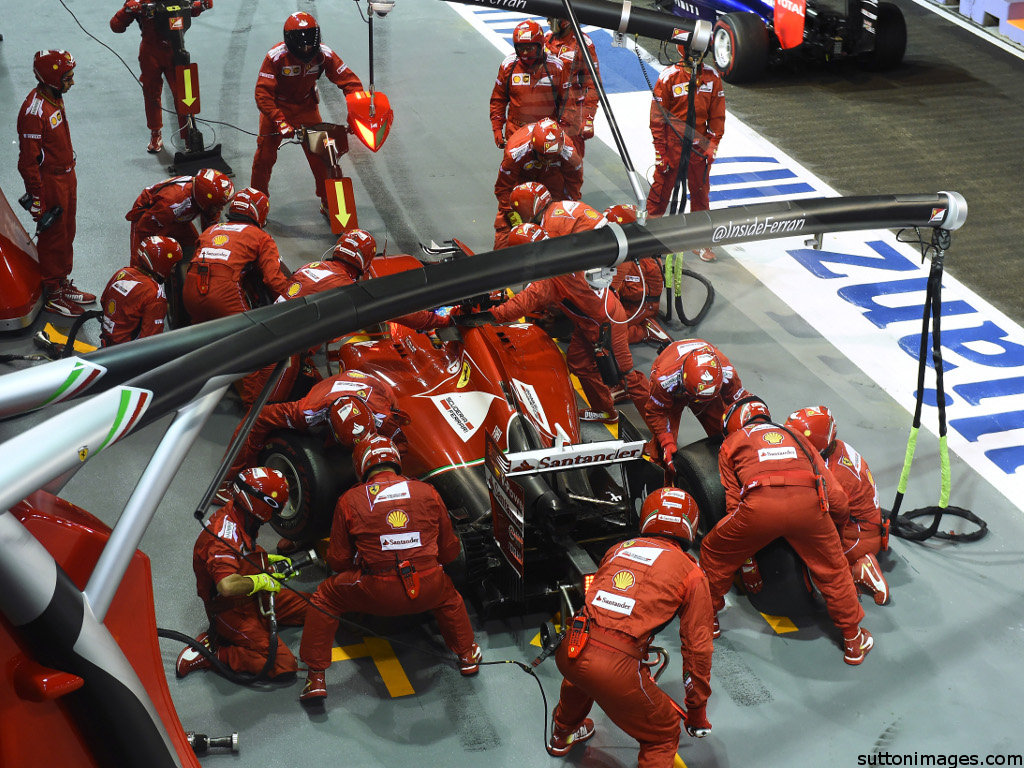 Fernando Alonso insists Ferrari didn’t have much choice in terms of their strategy in Singapore despite narrowly missing out on a podium finish.

Although he started fifth on the grid, the Spaniard looked good for a top-three finish at the Marina Bay on Sunday after an excellent start. However, he slipped down to fourth after the team pitted him for a fresh set of prime tyres shortly after the deployment of the Safety Car.

While Lewis Hamilton was always in control of first place, Ferrari had hoped Alonso would get the better of the Red Bulls of Sebastian Vettel and Daniel Ricciardo during final few laps as their rubber was older, but he couldn’t get past.

“With hindsight, it’s easy to ask oneself how things would have gone if I hadn’t made a mistake at the start and the Safety Car hadn’t come out when it did, but overall I’m pleased with this weekend, because we were competitive and were able to fight with the front runners,” Alonso said.

“Sometimes, a Safety Car can help but I think that today on this front, we were a bit unlucky, because at that moment, we were trying to make sure of second place and our strategy was good. We didn’t have much of an alternative, because if we had stayed out, the probability was that the stop for the Softs would have cost us more places.

“Even if in the end, I wasn’t able to get past, the fact we were competitive right to the finish confirms we have made a step forward. Now, in Suzuka, a real circuit, we will have a clearer picture of where we are.”