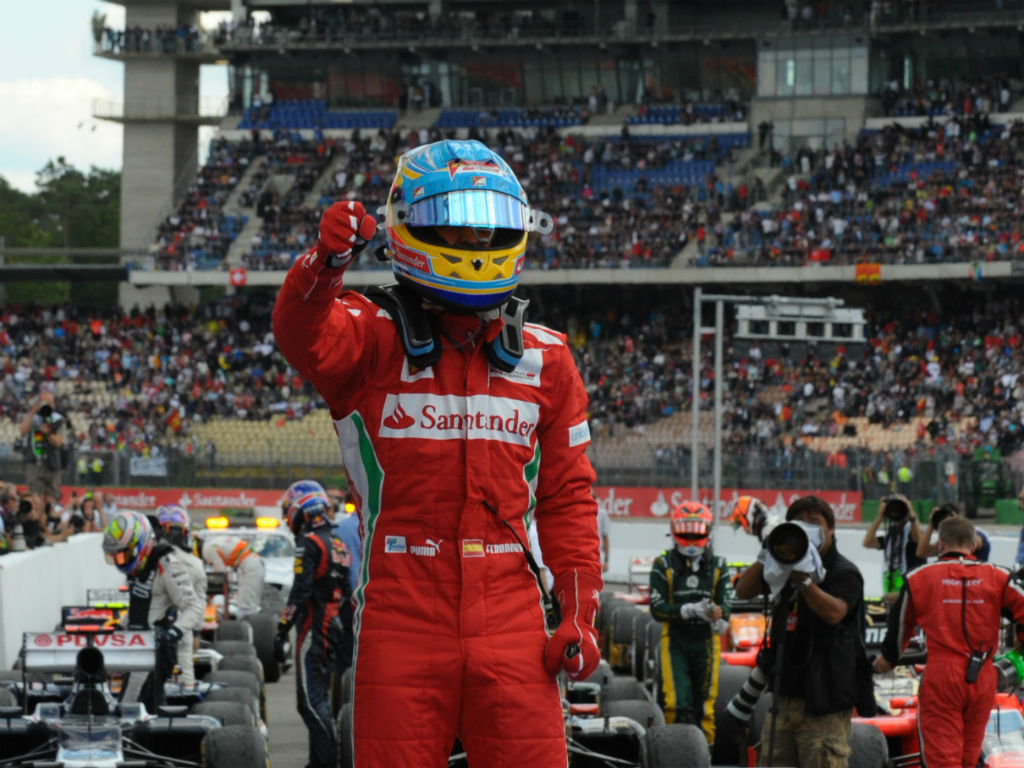 Fernando Alonso reckons his lead in the Championship “means nothing” as there is still half a season to be run.

The Ferrari driver extended his lead in the Drivers’ standings to 34 points over Mark Webber with his third victory of the season in Germany.

However, the Spaniard concedes there’s still a long way to go before the title is decided.

“We are very happy with the points we have achieved in the first half, but it means nothing because there are still another 10 races in which we need to improve the car,” he said.

“We need to be consistent, to keep finishing all the races.

“One or two drivers always don’t finish because of a mechanical problem or incident or something, so we need to avoid these problems.”

One problem Ferrari have already avoided is the tragically slow car that they started the season with.

Since debuting a revised their F2012 at the Spanish GP, Alonso has claimed two victories, an additional three podium finishes and a worst result of P5.

However, even with those impressive results, the double World Champion says Ferrari were not sure what to expect at Hockenheim.

“Before coming here we were not sure about the performance of the car,” said Alonso.

“It’s true we were okay in Valencia. Red Bull were quicker than anybody there, but we took advantage of the mechanical problem Sebastian (Vettel) had and we won the race.

“In Silverstone we were okay in wet conditions, but a bit slower than Red Bull in dry conditions. Mark (Webber) won the race and he deserved it because he was the quickest.

“We set pole in wet conditions again, which seems to suit our car, but in the dry, we again saw we are still not the quickest.

“Sebastian and Jenson (button) put a lot of pressure on us, also (Lewis) Hamilton was extremely quick, but he had some problems.

“At halfway through the season we have made a very good recovery when you think of where we started in the Jerez test where we were maybe two seconds off the pace.”