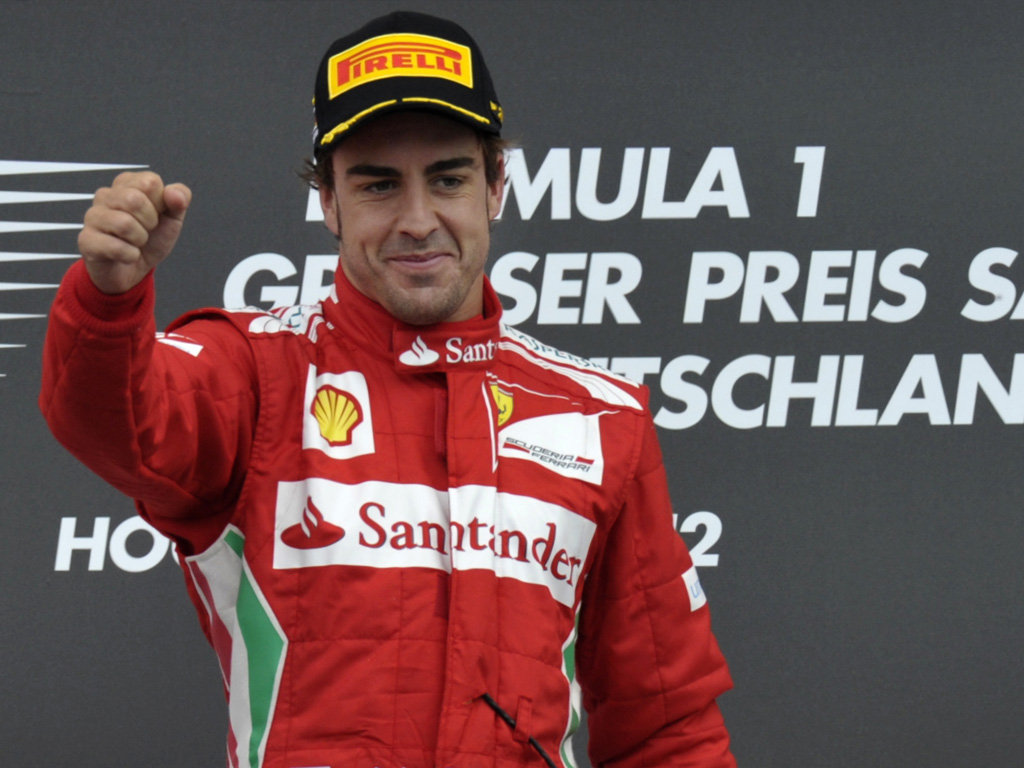 Fernando Alonso believes the hard work he put in during qualifying played a major role in his German Grand Prix success.

The Spaniard proved that he is bit of a rain master as he followed up his pole position at a wet Silverstone a fortnight ago with another P1 in poor conditions at Hockenheim on Saturday.

Although conditions were dry on race day, the double World Champion was able to stay ahead of Red Bull’s Sebastian Vettel and Jenson Button from McLaren on Sunday to claim his third race victory of the season.

“I don’t really know politics but it is true that the situation is not great in Spain but a Spanish driver in an Italian car, designed by a Greek man is good to win here,” he said.

“We enjoy the win. Starting on pole was the key factor because it was difficult to overtake and we were not the fastest but we kept the position.”

Despite controlling the race from the front, Alonso feels it wasn’t quite as easy as it it looked.

“It was tough, definitely. It was not an easy race, maybe we were not the quickest in the dry,” he said. “But we were quite competitive, enough to keep the lead. There were also some good calls by the team in terms of strategy. When Jenson pitted we had to react.

“After that I knew it was a long race, 27 laps to the end with Jenson putting on a lot of pressure. The car was feeling good on traction and top speed so it was enough to keep the lead into Turn 6. After that you can’t pass so it was about controlling the tyres.”

Victory in Germany means Alonso has now opened a 34-point gap at the top of the Drivers’ Championship as he is on 154 points with second-place Mark Webber on 120.