Home Uncategorized Alonso praises Button as he goes on his sabbatical 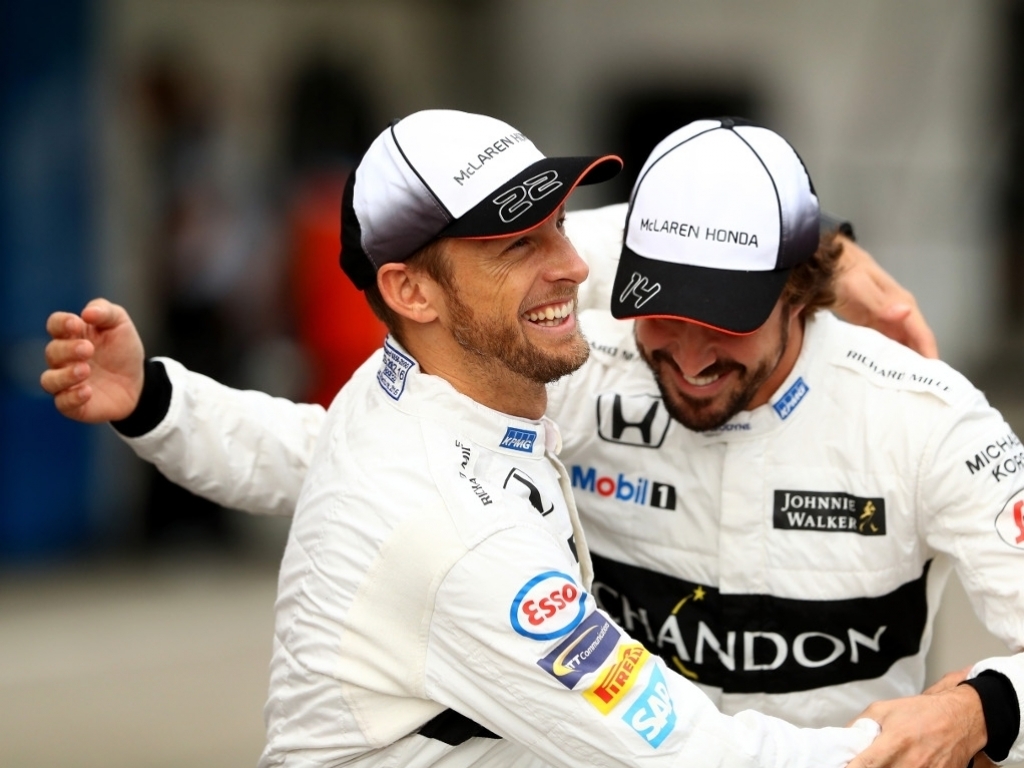 With Jenson Button taking a break in 2017, Fernando Alonso has said he will miss his team-mate being in the garage next to him, with Stoffel Vandoorne replacing him.

Button, though, is contracted with the Woking-based outfit until 2018, so there is still a possibility he could be in the sport again, with speculation suggesting that it is all depending on whether Alonso will stay at McLaren-Honda or not.

Going into the final race of the season, Alonso explained that 2016 has been a massive for the team and that they will be working hard during the winter to put out a competitive next year.

“For McLaren-Honda, this race marks the end of a significant year for the team, and the last time I'll race with my team-mate Jenson for the foreseeable future,” Alonso said.

“It's been a pleasure to work with him and I'll miss him being in the garage next to me, but he'll still very much be part of McLaren-Honda's plans and I want to wish him all the best for the exciting things he has in store for the next step in his career.

“There's a unique atmosphere [at Abu Dhabi] – a combination of the 'end-of-term' feeling, anticipation ahead of the winter development push and the buzz from the fans as we go racing for the final time in 2016.”

Alonso and Button have enjoyed a promising season together at McLaren after a disastrous 2015 campaign where they were plagued with reliability issues.