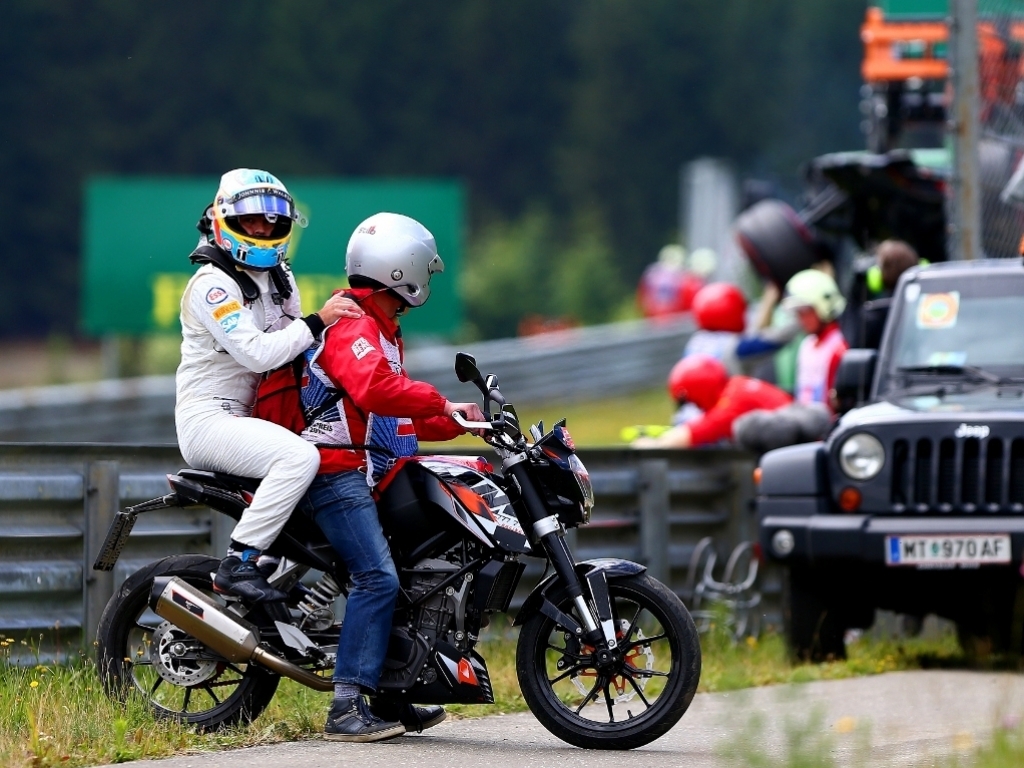 Fernando Alonso says he was happy to see that Kimi Raikkonen escaped unhurt from their lap 1 crash at the Austrian GP.

Both starting near the back of the grid given Raikkonen's woeful qualifying and Alonso's abundance of penalties, the duo were fighting for position on the opening lap.

Suffering some wheel spin, Raikkonen's Ferrari went left which is exactly where Alonso was coming up from behind.

The McLaren driver hit the Ferrari with force, pitching both drivers into the Armco barrier.

Alonso's car came to a rest on top of Raikkonen's but thankfully neither driver was hurt.

"It was obviously quite scary," said the double World Champion.

"Kimi started on prime and his car was moving left, right, left with lot of wheel spin out of Turn 2.

"We were overtaking him and he lost the car on the left and I was on the left.

"We had a crash but I didn't see anything as I was looking at the sky.

"I looked at the mirror when I stopped and I saw a car under my car.

"I checked that he was okay. I saw he was so was happy."