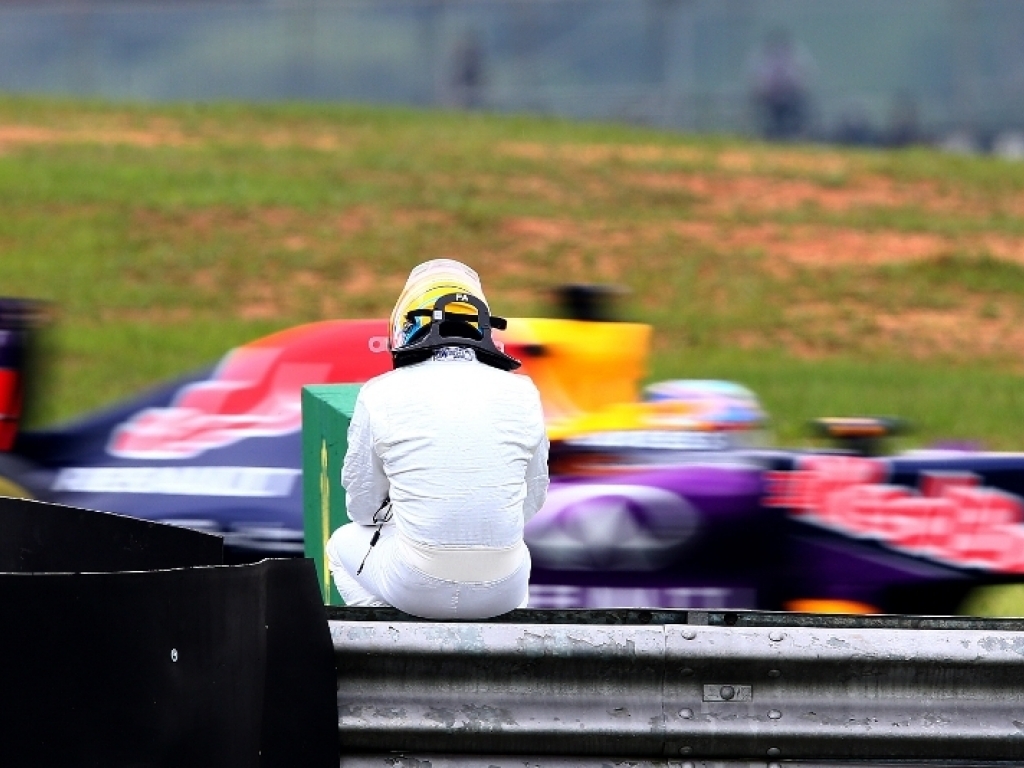 After finishing sixth at the Russian Grand Prix, McLaren driver Fernando Alonso has claimed that Red Bull is their benchmark after being the closest to challenging Mercedes and Ferrari this season.

Wanting to build on their encouraging performance at the Sochi Autodrom, the Spaniard explained that if Red Bull, who are using a weaker engine than Mercedes and Ferrari, can get on the podium on tracks where speed and power isn't really applicable, then they at least have a fighting chance of finishing towards the top-end of the grid.

"It was great for the team to get both cars into the points. The car is coming along well, so we can hope for more points soon," he revealed to Crash.net.

"But other teams are improving too, like Red Bull that fought for the podium in China, on tracks where engine power doesn't count much they can even fight with Ferrari, so they have to be our reference and aim at a similar pace."

In areas that need improvement, Alonso added that their Honda-powered McLaren has been underachieving during the qualifiers this season and that they need to keep up with the rest of the teams that are expecting new parts in the coming races.

"We need extra power for qualifying, as the others have, to be able to start further up the grid as that will avoid complications in the first few corners," the 34-year-old continued.

"We're working on it, step-by-step, but we're happy with the progress.

"We're more and more competitive from race to race so the expectations for Barcelona and Monaco are to score points again.

"Hopefully we can start finishing in the top five. We'll have new parts but so will everyone else, so let's see if we start using some tokens to get some more power out of the engine."