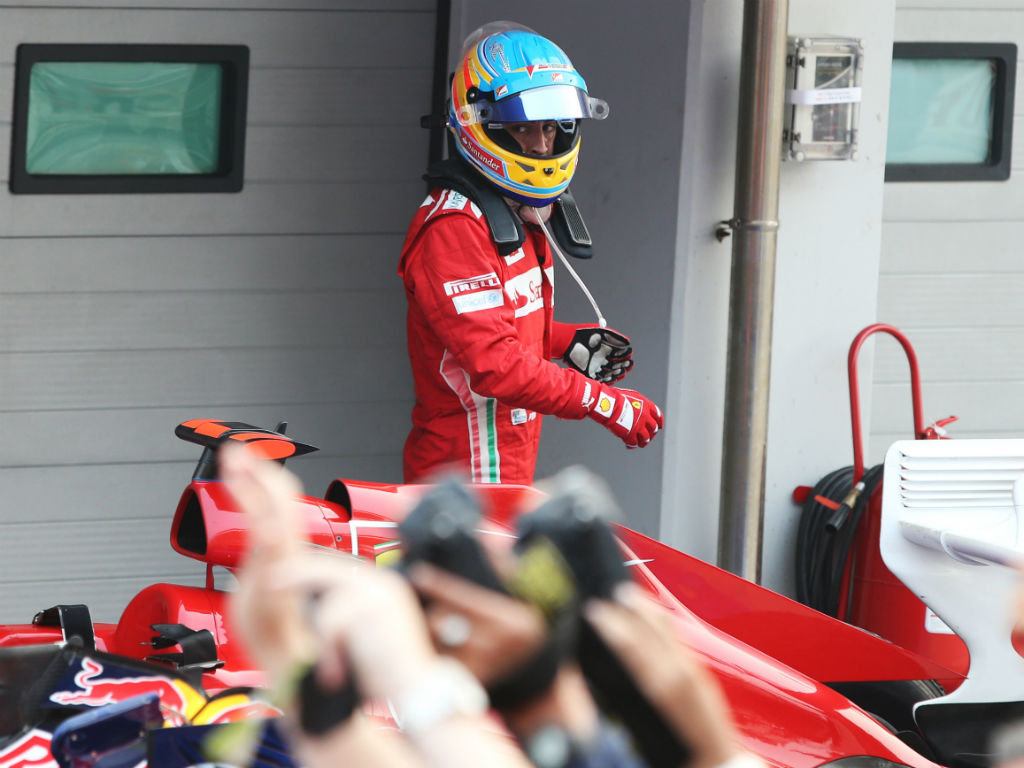 Fernando Alonso is refusing to give up on this year’s World title, “100 percent” confident he can still beat Sebastian Vettel…

Fernando Alonso is refusing to give up on this year’s World title, “100 percent” confident he can still beat Sebastian Vettel.

With three wins on the trot, the Red Bull racer took control of the standings after Korea, taking a six-point lead over Alonso.

Ferrari, though, didn’t appear to have an answer to the Bulls in India on Saturday where Alonso qualified fifth while Vettel took pole position.

Asked if the title was slipping away, Alonso said: “Not at all.

“I think it’s more challenging for us now but I remain 100 percent confident that we will fight for this Championship and we will win it.”

The Spaniard is hoping to take a step towards this goal in India on Sunday where he reckons Ferrari have the long distance pace needed to challenge at the front.

“I think (Red Bull) are dominant on Saturdays. They have the fastest cars at the moment, so they are first and second.

“They are dominant as a team performance but normally on Sundays our performance improves a little bit.

“We saw in Korea that we were putting some pressure on Webber especially, so let’s wait.

“I think we can do a good race. I think we can take some good points and hopefully more points than Sebastian. And in the next races, hopefully we are a little bit more competitive.

“But the first target is to finish in front of them. I think we have chances to do it.”