Home Uncategorized Alonso ‘revelling’ in the joy of first win 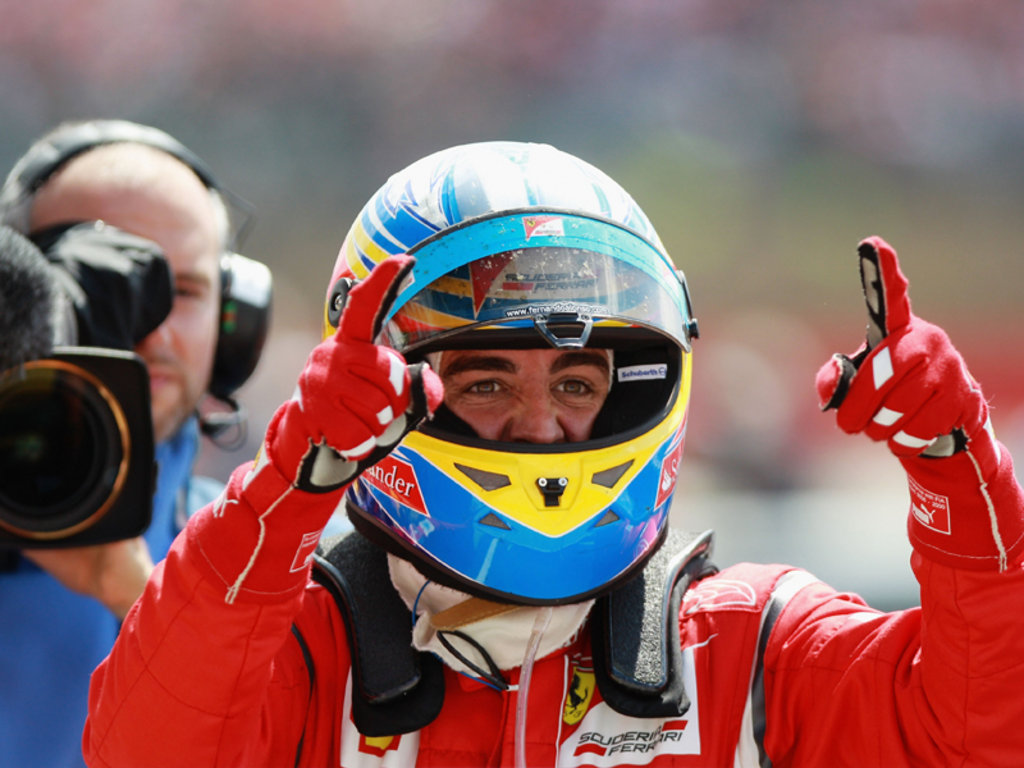 Days after his first win of the season, Fernando Alonso says he’s still feeling the high that goes along with taking the top step of the podium…

Days after his first win of the season, Fernando Alonso says he’s still feeling the high that goes along with taking the top step of the podium.

Alonso beat the Red Bull racers to the chequered flag at Silverstone on Sunday, claiming his first P1 result of the Championship. It was the Spaniard’s first race win in last year’s inaugural Korean GP.

“What a great feeling, winning again! And I’m revelling in it all the more now I’m back home in Oviedo,” he told Ferrari’s website.

“When a grand prix is over, there is a rush of emotion, but then there are so many things to do, what with press conferences and the debrief, so you have to stay very focussed.

“But the following morning, you wake up happy and there’s a truly special feeling that goes with it. And I have to say I’m still feeling that way now!”

Alonso’s victory in the British GP saw him move up to third place in the Drivers’ standings, however, he still trails run-away Championship leader Sebastian Vettel by 92 points.

And it’s that massive margin, coupled with Vettel’s impressive run, which has seen him finish all nine 2011 grands prix in the top two positions, that has Alonso admitting that talk of the title is little more than a dream.

“This win won’t change our approach to the coming races. We have to be realistic, because we are 92 points behind in the classification and that is a very big gap!”

“We will tackle the races one at a time, trying to win as many as possible. This will also involve taking a few more risks and maybe it will happen that we pay a high price for that, but there is no alternative.

“We are definitely not giving up, but we must not think about the Championship: as (Ferrari President Luca di) Montezemolo said in Maranello, we are keeping our feet on the ground.”

The Spaniard, though, has been buoyed by his grand prix victory, insisting it’s a sure sign that Ferrari have improved their 150