Home Uncategorized Alonso: Schumi has nothing more to prove 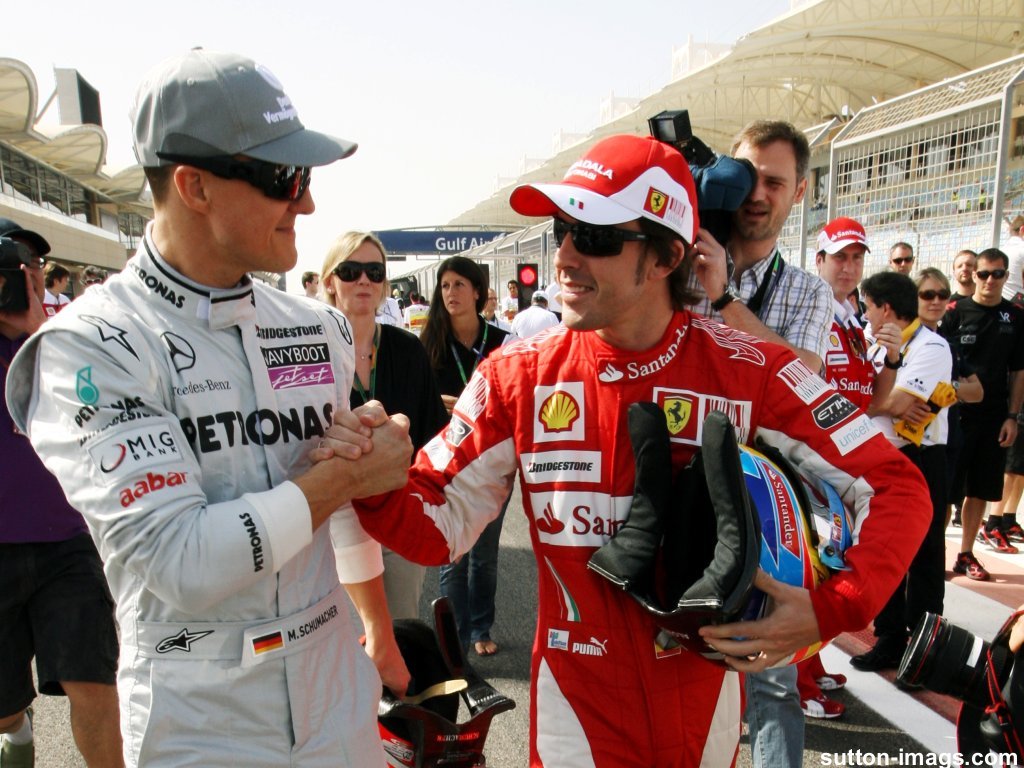 Fernando Alonso has expressed his admiration for Michael Schumacher, saying the seven-time World Champion has “nothing more to prove”…

Fernando Alonso has expressed his admiration for Michael Schumacher, saying the seven-time World Champion has “nothing more to prove”.

Schumacher dominated Formula One between 1994 and 2004 and, although he has struggled since coming out of retirement a couple of seasons ago, he remains one of the most respected drivers.

Asked by Brazil’s TotalRace.com who he would like to challenge, either in kart racing, street cars or even the F1, Alonso said: “I would choose Michael Schumacher, who will always be a Champion for all of us, because we respect a driver who has won seven World Championships. He is a driver who has nothing more to prove and was always very fast.”

Schumacher finished ninth in the Drivers’ Championship in 2010 and followed it up with an eight place in this year’s standings.

Alonso, though, feels once Mercedes GP get their act together and give their drivers a faster car, then Schumacher and Nico Rosberg will challenge for race victories.

“We know that in Formula 1, the car is the most important part and we know that Mercedes did not have a very good year,” says Alonso.

“But I believe that if they have a competitive car, capable of winning races, both Rosberg and Michael can be favourites. We have to respect them.”