Home Uncategorized Alonso: Second is not a big priority 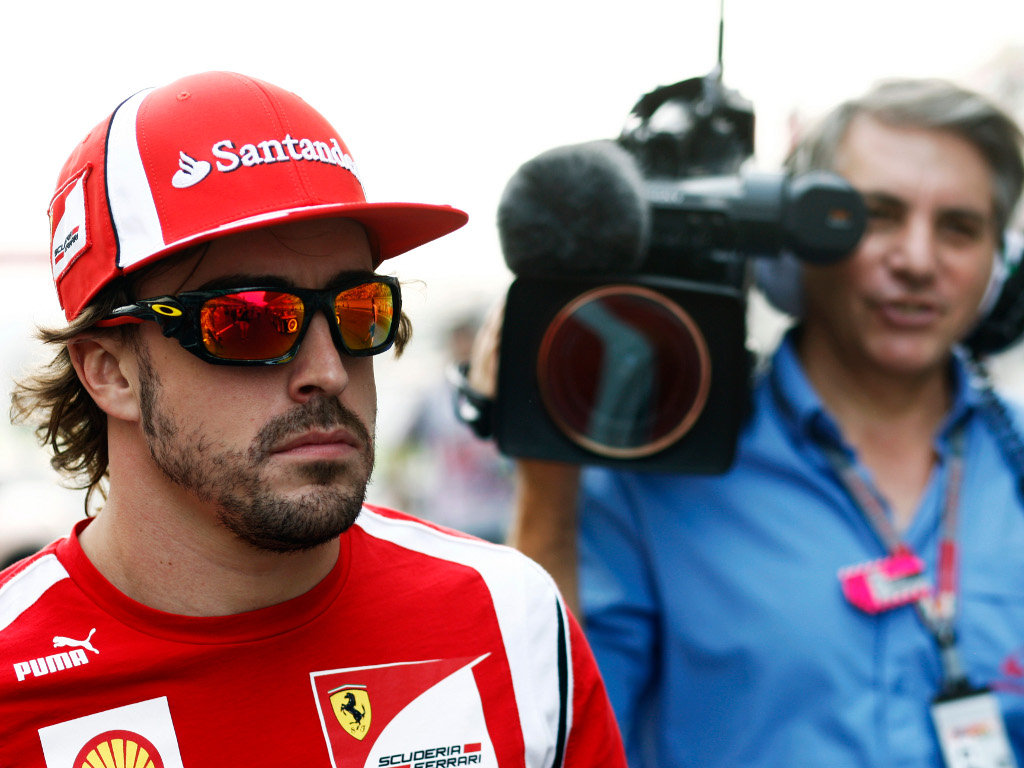 Although Fernando Alonso says second in the Championship is “perfectly” possible, he admits that is not his goal for this – or any other – F1 season…

Although Fernando Alonso says second in the Championship is “perfectly” possible, he admits that is not his goal for this – or any other – F1 season.

Having finished on the podium in India on Sunday, Alonso is third in the Drivers’ Championship on 227 points, 13 behind Jenson Button and six ahead of Mark Webber.

The title, though, is gone, having already been claimed by Red Bull’s Sebastian Vettel.

And, unless it’s the title he is fighting for, the Ferrari driver reckons his finishing position in the Championship is irrelevant.

Asked in Sunday’s post-race press conference if he could achieve the runner-up slot in the Championship, Alonso said: “Yes, perfectly possible, that’s for sure.

“There are 50 points available but as we said a couple of races ago, okay, finishing second is maybe better than finishing fifth.

“We are four drivers all together: (Lewis) Hamilton, Jenson, Mark and me but it’s not a big priority for us.

“I think we will try to do two last good races, try to be on the podium if we can, which is always a good feeling, taste the champagne and take the trophy after a hard weekend, as it was this one.”

This is a sentiment echoed by Button, whose P2 in India helped secure McLaren second place in the Constructors’ Championship behind Red Bull Racing, who clinched the teams’ title last time out in Korea.

“Second in the Drivers’ doesn’t mean as much as second in the Constructors’. I think when you’ve won a World Championship, nothing else will do really except for first place.

“The important thing is that we’re strong; for the next couple of races and every race I’m going into I’m fighting for a win. I’m not going to give up on that until it’s the end of the season.

“I’m very excited about the challenge of Abu Dhabi and especially Brazil – I saw you (Sebastian) look over then! Yeah, that’s exciting, very exciting.

“Second in the Championship? You’ve beaten everyone except one person and it’s that one person that you really want to beat.”