Home Uncategorized Alonso: The Triple Crown is on 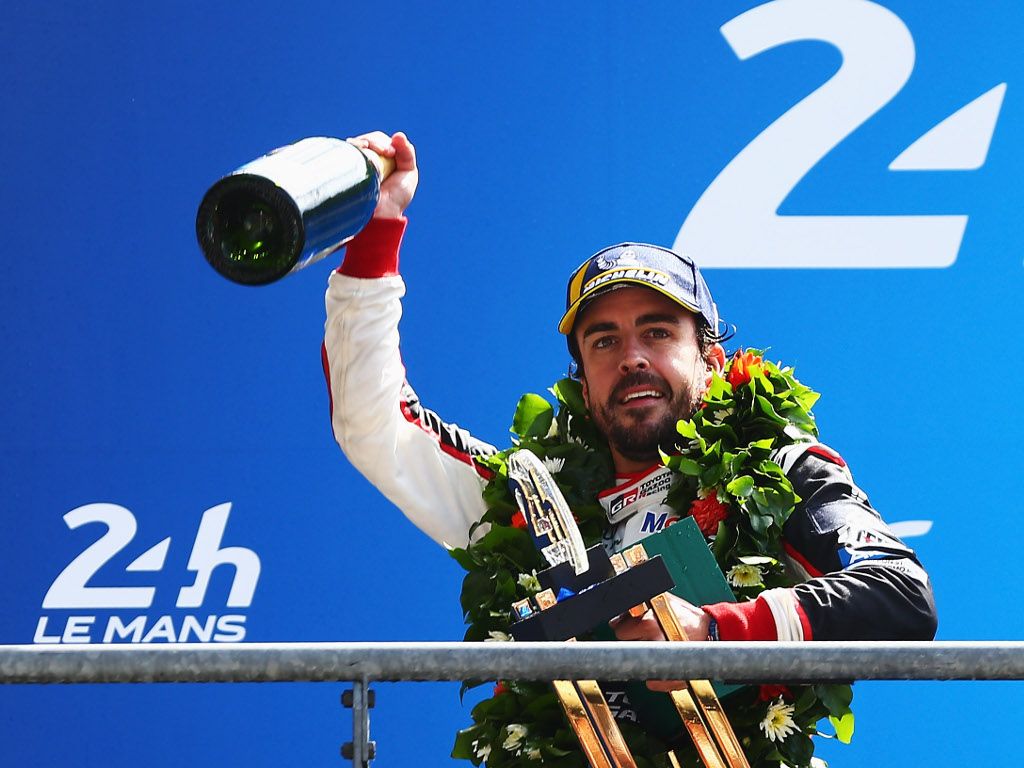 Adding the 24 Hours of Le Mans title to his collection, Fernando Alonso says the Triple Crown is on and “soon.”

The double F1 World Champion’s future in Formula 1 is yet to be decided with several reports linking him to a move to IndyCar.

He perhaps took a step closer to that on Sunday with his victory in the 24 Hours of Le Mans, adding part two of motor racing’s Triple Crown.

The third, the Indianapolis 500, beckons.

Nine-times Le Mans winner Tom Kristensen believes Sunday’s victory with Toyota will definitely see Alonso have a second shot at the Indy 500 having retired from the 2017 edition when his Honda engine blew.

And, he adds, maybe even do a full IndyCar season.

“Alonso has come and conquered Le Mans, along with his team-mates, and not put one foot wrong as we’ve seen all through the race,” he said.

“I think he also sees the chance to be world [endurance] champion, which means he will continue to drive until Le Mans next year – and I think he will do that.

“I would not predict that he stops in F1, but he’ll definitely be back at the Indy 500. Maybe he’ll do a full season.”

Only Graham Hill has achieved the Triple Crown; Monaco F1 GP, Indianapolis 500 and 24 Hours of Le Mans; doing so in 1972.