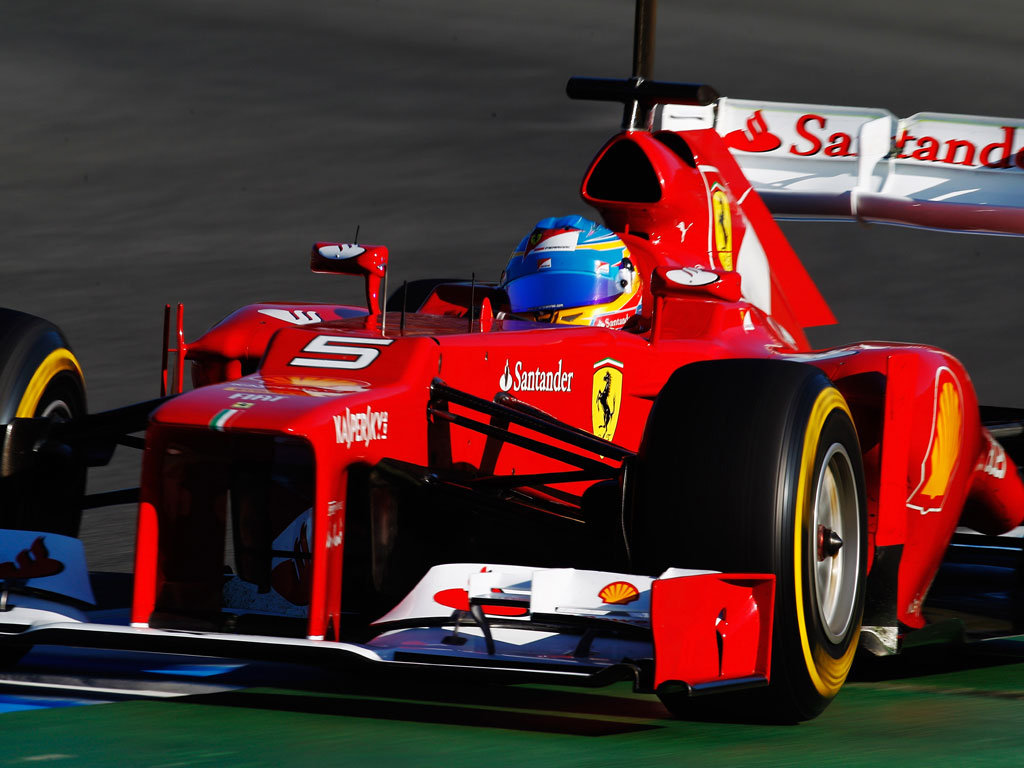 Fernando Alonso has downplayed his Friday P1 time, saying times set during testing are not an indication of what is to come…

Fernando Alonso has downplayed his Friday P1 time, saying times set during testing are not an indication of what is to come.

After a slow start to pre-season testing, which raised concerns even within the Ferrari camp about the pace of their new F2012, Alonso found some speed on Friday morning at Jerez.

His time proved to be the second quickest of the four days with only Lotus’s Romain Grosjean faster and only by 0.458s.

Asked about it on Friday evening, he told Ferrari’s official website: “This time is worth nothing as is the one I set yesterday and those of the previous days.

“Yesterday, we worked mainly with the hard tyres and the others ran the softs and we were seventh. Today, we fitted the Softs and maybe the others did not and we are first. That’s all it is.

“We got on with our job, even if today and yesterday we had some reliability problems we could have done without which prevented us from doing everything we would have wanted.

“For me, it was good to be back in the car after two and a half months and feel once again all the emotions that come with driving a Formula 1 car.

“I think that, from the start of the test up to today, we have improved a great deal, it’s like night and day, but there is still much to do, especially on the aerodynamics and on reliability.

“Then, we will see if it is really a sign of great strength to have immediately done so many kilometres: last year, on the first day we did a lot of laps and then we know how things turned out, so maybe there was too big a margin…”

He added: “Everything about this car is new, with very few parts carried over from last year’s and there are many innovations, which have come out of a different philosophy to the one adopted in the past.

“For example, the power steering: it’s new and we worked a lot these past days on sorting it out and today we began to see the benefits for the first time. As I said earlier, there is much to do, but that doesn’t scare us.”

The Spaniard refused to put forward any predictions for this year’s Championship based on performances in the opening pre-season testing.

“We will see, as there are still several weeks to go to Melbourne.

“Here, day after day, we have progressed, getting ever more confident in the car: we must continue in this direction and improve, but it is much too early to draw any conclusions.

“The Lotus in the running for the title? I don’t know as even for them it’s a bit early and I would rather just say I am very happy to see Kimi (Raikkonen) back: he’s a great driver and a great person.”