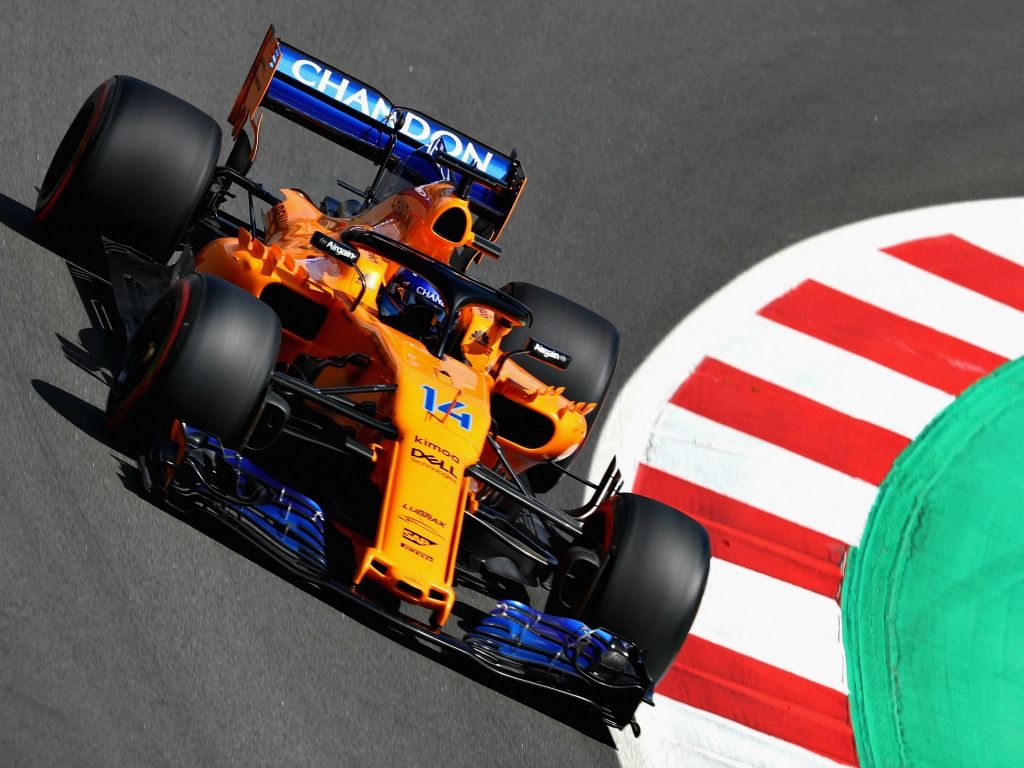 Fernando Alonso finished in P8 in his home grand prix, but believed at one point that “points were impossible”.

The Spaniard finished where he started, after being the only driver to start the race on the red-striped supersoft tyre in Barcelona.

“Obviously we had a plan, starting with the supersoft tyre. We knew we had to overtake people in the first couple of laps and then stop very early because of the red tyre,” Alonso said.

However, McLaren’s plan was ruined in the first few corners, after the incident with Romain Grosjean, Pierre Gasly and Nico Hulkenberg at Turn 3 on the first lap.

The two-time World Champion added: “Unfortunately we found that we lost positions in the first couple of corners with the incidents.

“At one point I thought that points were impossible today, but we did a good race, the strategy with only one stop.”

Alonso remains one of only three drivers to have finished every race in the points in 2018, so far, and is pleased with the results he has achieved.

He added: “Five consecutive races in the points, obviously I am very happy right now.”