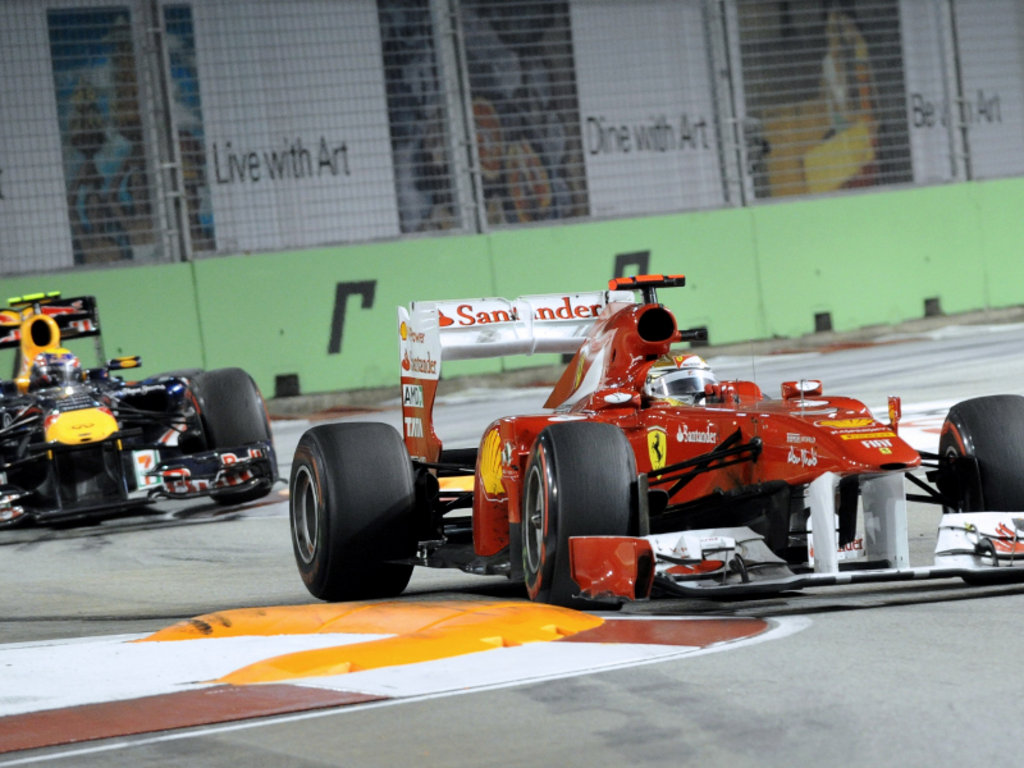 Fernando Alonso hopes Ferrari will use the final five races of the season “to do some experimental things” now that they have nothing left to race for this campaign.

The Spaniard is officially out of the running for the 2011 Drivers’ Championship after he could only manage a P4 to Champion-elect Sebastian Vettel’s P1 at the Singapore Grand Prix.

In the Constructors’ Championship Ferrari are in no-man’s land as they are adrift by 71 points of second-placed McLaren while Mercedes GP are 146 points behind them in fourth place.

Alonso, who started fourth on the grid at the Marina Bay Street Circuit on Sunday, had a decent start and challenged for the final podium place during the early stages of the race, but Mark Webber eventually finished third.

“The start was good again, we recovered some places but then Webber overtook us,” he is quoted by BBC Sport.

“Red Bull should be in front of us because they are much quicker. Fourth was the maximum we could do. We are racing with McLaren some races and Mercedes in others.

“In the final races we will try to enjoy and test the 2012 car. We have to use the last five races to do some experimental things.”