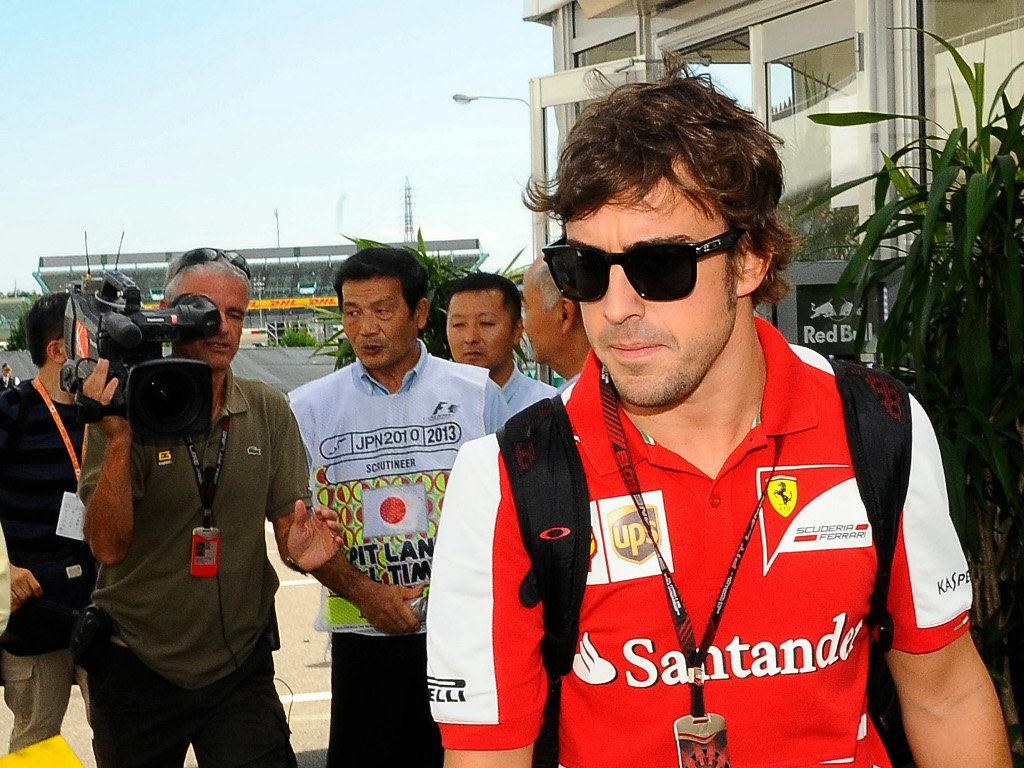 Fernando Alonso reckons Sebastian Vettel’s superior Red Bull is a major factor in his dominance, saying it is too early to judge the German…

Fernando Alonso reckons Sebastian Vettel’s superior Red Bull is a major factor in his dominance, saying it is too early to judge the German.

Should Vettel take the chequered flag at Suzuka on Sunday, and Alonso fail to steer his Ferrari into the top eight, he will join Juan Manuel Fangio and Michael Schumacher as only the third driver to win four in a row.

“Sebastian’s been dominating the last couple of years,” double World Champ Alonso told reporters. “He’s a fantastic driver and has a fantastic car.

“He’s been close to perfection all these years, winning (three) Championships. It’s true he has an advantage in car performance for this year so we’ll see how good he is later in his career.

“We also saw (Lewis) Hamilton almost winning the Championship in his first year, win it in his second year and then he didn’t win any more because sometimes you have the car to win, sometimes not,” Alonso added, pointing to his Mercedes rival, with whom he shared a prickly relationship as McLaren teammates in 2007.

“At the moment, Sebastian is better than anyone and he’s winning all the Championships. At the moment, Red Bull-Vettel are a very good combination and too good for us.”

Alonso admitted he had no hope of catching Vettel this season after the Red Bull stormed to a fourth victory in a row in South Korea last weekend, carving open a 77-point lead with just 125 up for grabs from the last five races.

“If I had five races to win the Championship and I had won the last four grands prix with big margins I would not be too worried,” smiled the Spaniard, Champion with Renault in 2005 and 2006. “The Drivers’ Championship is almost impossible.

“(Red Bull) work better than the others – there’s nothing more to explain. We are here to race. We were quite competitive the first part of the year. We won two grands prix of the first five and then we started producing new parts of the car which were not working so good.

“At the same time Red Bull were working maybe better than us and they have a big advantage now. It’s the only explanation we can find. They progressed a lot during the Championship and we didn’t.”

Alonso will be joined at Ferrari in 2014 by Kimi Raikkonen, returning to the team where he won the 2007 title, and he voiced hope the dream line-up could break Red Bull’s vice-like grip on Formula One – if improvements are made.

“Fighting for second in the World Championships is obviously not a happy goal but there are another 22 drivers worse off.

“In the remaining races it’s important we try to score as many points as possible. We’ll try to attack all the time and fight for second in the Constructor’s Championship.