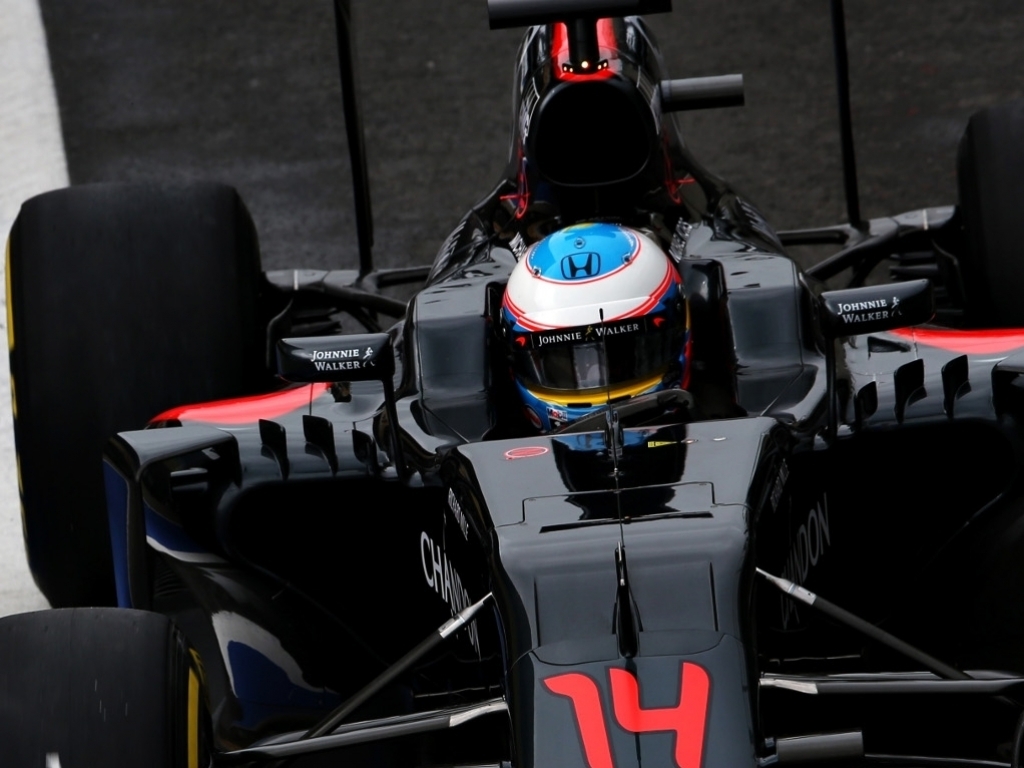 Fernando Alonso’s P1 time from Tuesday morning went untouchable through to the chequered flag as an afternoon downpour soaked the Silverstone circuit.

The double World Champion was in action for McLaren on Day One of the post-British Grand Prix test.

Alonso ran the soft Pirellis during the morning’s session, posting a best time of 1:31.290 and declaring it to be a “good and productive” day.

His time was over a second-and-a-half up on Esteban Ocon’s best as he put the Mercedes 07 through its paces.

Ocon, though, wasn’t the only driver testing a Mercedes on Tuesday as Pascal Wehrlein was in action in the title-winning W05.

The Manor rookie spent his day conducting tyre testing for Pirelli as the Italian manufacturer looks to get their tyres ready for the 2017 changes.

Alex Lynn was third quickest for Williams, ahead of Ferrari young driver Charles Leclerc and 19-year-old Russian racer Nikita Mazepin, who was putting in the laps for Force India.

Carlos Sainz was one of the few regular drivers in action, posting a 1:34.643 to end the day sixth fastest.

“I think it was a productive test,” said the Spaniard. “We did plenty of laps and completed most of the run plan, especially in the morning, as we were expecting the rain to come.

“After many long runs on the medium tyre we were able to collect plenty of data and I think that we can be happy with today, it’s been very useful. It’s a shame that the rain arrived, but it didn’t really affect us much as we had already done a lot while it was dry.”

Rio Haryanto was ninth for Manor. “We’ve got quite a few things to try and all of them on paper should be quite a bit better,” Manor racing director Dave Ryan told F1i.com ahead of Tuesday’s running. “They should be positive improvements to the car so we’re looking forward to that.”

Tuesday’s running saw the return of halo as Red Bull test driver Pierre Gasly trialed the cockpit protection device. He covered just seven laps in the dry due to a wiring problem, finishing the day down in 11th place.

The afternoon session was briefly red flagged when a piece of wood fell from the start-light gantry onto the track.

Sauber were not at the track on Tuesday having ruled themselves out of the running due to financial constraints.