Home Uncategorized Alonso up for a second Indy 500 challenge 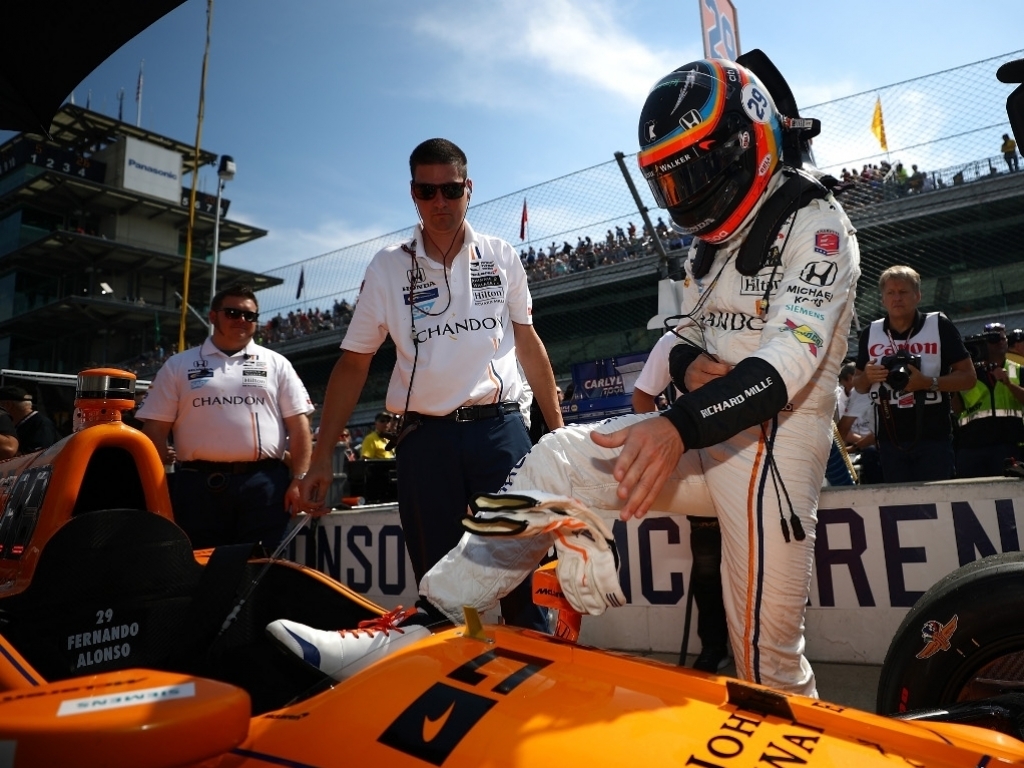 With his Indianapolis 500 dream going up in smoke 21 laps before the end of the race, Fernando Alonso says he “definitely” wants to try again.

It started out as a great afternoon with Alonso leading the race on several occasions.

However, his dream ended 21 laps from the end when the Honda engine in his McLaren-Andretti number ’29’ blew.

Asked if he was open to a second attempt at the Indy 500, he told reporters: “Definitely yes.

“Obviously if I come back here, at least I know how everything is.

“It will not be the first time I do restarts, pit stops, all these kind of things. So will be an easier, let’s say, adaptation.

“Let’s see what happens in the following years.

“I need to keep pursuing this challenge because winning the Indy 500 is not completed.”

Asked if Sunday’s blow-up meant he regretted not racing his F1 car in Monaco, where points may have been possible, the Spaniard insisted he had made the right choice.

“It’s true that before coming here some of the questions were how you can trade Monaco race for Indy 500… I won two times there, I won two World Championships.

“To drive around Monaco for a sixth place, seventh place, even a fifth place… I didn’t miss Monaco in terms of result, you know.”