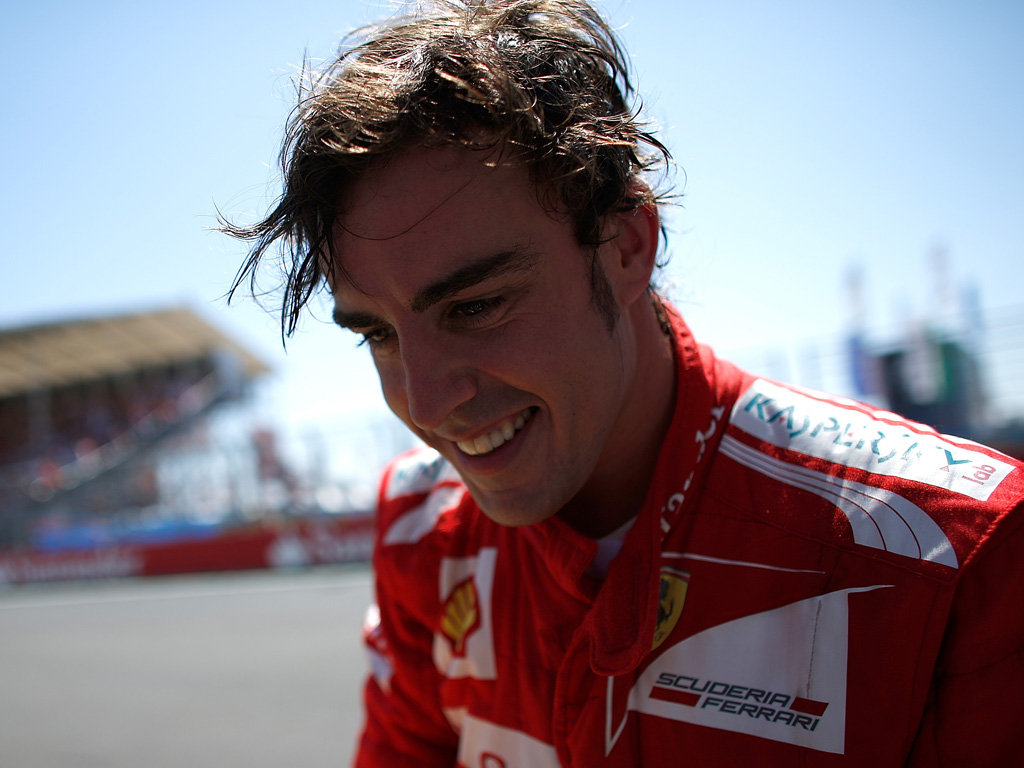 Despite being the first repeat winner of 2012, Fernando Alonso was warned Ferrari still have some way to go before they have the quickest car…

Despite being the first repeat winner of the season, Fernando Alonso was warned Ferrari still have some way to go before they have the quickest car.

Alonso claimed his second win of the campaign in Sunday’s European Grand Prix, much to the delight of the Spanish fans packed into the grandstands.

However, naysayers could argue that Alonso’s victory was inherited as Sebastian Vettel broke down while leading and Romain Grosjean was forced to park his Lotus when he was just 0.6s behind the Spaniard.

But however it happened – and most would argue that it was down to Alonso and Ferrari not putting a wheel wrong – Alonso admits it didn’t come courtesy of having the fastest car in the field.

“I think we always need to be cautious and we always need to be honest with ourselves first and with our supporters, saying that we will fight, will work day and night to be competitive and to fight for the title which is the ultimate goal for Ferrari,” said the Championship leader.

“Any Championship in which we participate, the championship should be the target, regarding the history and the level of the team.

“But yesterday (qualifying) we were P11 and P13 so we need to work. It’s true that we believe and we will never give up, we will have confidence in ourselves and we will arrive with optimism at every grand pix we go to, but at the same time, apart from winning or finishing sixth, we know that we are not in the position that we want to be and there are a few cars quicker than us and we cannot be blind to that. We need to work.”

The Spaniard, though, is not the only Ferrari team member who believes the Italian stable still has some work to do as team boss reckons Red Bull upped their game in Valencia.

“They did something very good this weekend; they improved the car,” he told the BBC. “We are not at the level we should be in terms of performance. Red Bull was the quickest.”