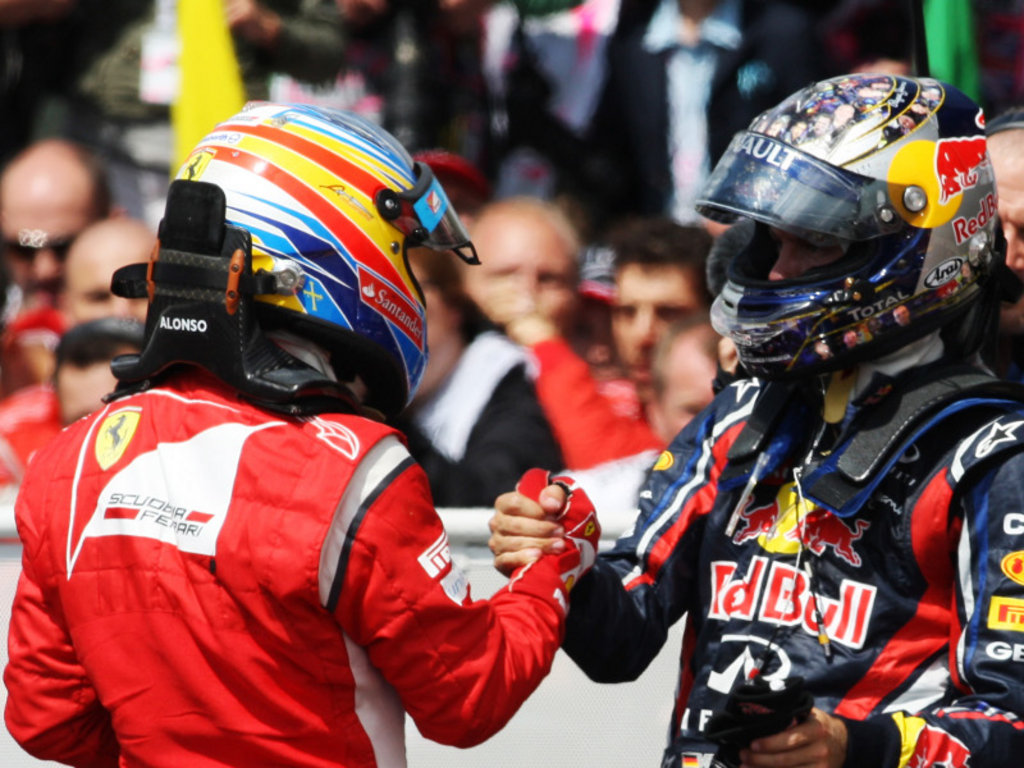 Fernando Alonso is singing the praises of soon-to-be-crowned 2011 Champ Sebastian Vettel, saying he would welcome having him as his team-mate…

Fernando Alonso is singing the praises of soon-to-be-crowned 2011 Champ Sebastian Vettel, saying he would welcome having him as his team-mate.

Vettel may still be a few points away from this year’s World Champion, however, it does appear to be just a matter of time before he seals his second successive crown.

The Red Bull driver, who has only finished one of 12 grands prix off the podium, is leading the standings by 92 points over his team-mate Mark Webber and a further 10 ahead of Alonso.

And although the Spaniard undoubtedly wishes he was the one on track for the World title, he reckons Vettel is a worthy Champion.

“Sebastian is a great Champion, who is in the process of winning his second title,” Alonso told German Sport Bild magazine.

“He has a lot of talent and the capability of withstanding pressure.”

In fact, Alonso is so impressed with Vettel’s performances he says he wouldn’t object to the 24-year-old one day joining Ferrari.

“A lot of drivers want to come to Ferrari. Sebastian would definitely be welcome,” he said.

“One day, why not. If you have not driven for Ferrari, your career is not complete.”