Home Uncategorized Alonso: Vettel seems to be out of reach 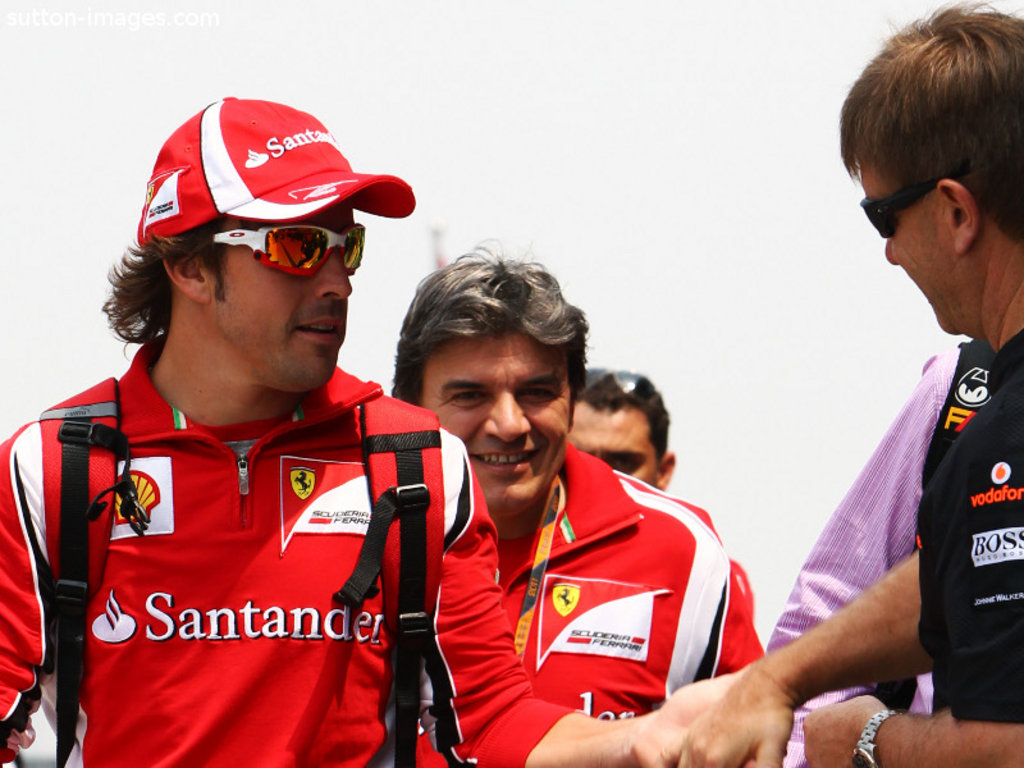 Fernando Alonso concedes Sebastian Vettel’s Red Bull racer is out of Ferrari’s reach at present.
Despite impressing in pre-season testing, Ferrari have found themselves behind Red Bull, McLaren and even Renault in the opening two races of the campaign.
While the trio have bagged two podium finishes apiece, Ferrari have yet to finish in the top three.
However, it’s not their form on grand prix Sundays that is letting them down. Rather, it’s their lack of pace over a single lap in qualifying.
And that it the main area where Red Bull and Vettel, who won in Australia and Malaysia, are excelling.
“As we had already seen in Australia, once again in Malaysia, our race pace was much better than that in qualifying,” Alonso said.
“In Sepang, both Felipe and I were running at a pace good enough to get to the podium and that was an important indication, even if we did not end up getting all we could have done.
“Clearly, I would like to always be fighting for the win but, at the moment, one car, Vettel’s Red Bull, seems to be out of reach.”
And although Alonso is already 30 points behind Vettel in the race for the World title, the Spaniard is too concerned having experienced the ebb and flow of last year’s title race.
“We know we need to react quickly to make up the gap to the Championship leader. It’s true that if you compare the situation after the first two races of 2010 with this year, we are a long way behind.
“Back then, yours truly was in the lead and Vettel was quite a way off, but it’s also true that, if you take into consideration the individual races in Australia and Malaysia, I have got eight points more than was the case last year.
“It’s a bit of a game, but it’s also a way to understand that there are different ways of looking at things, even direct opposites.”