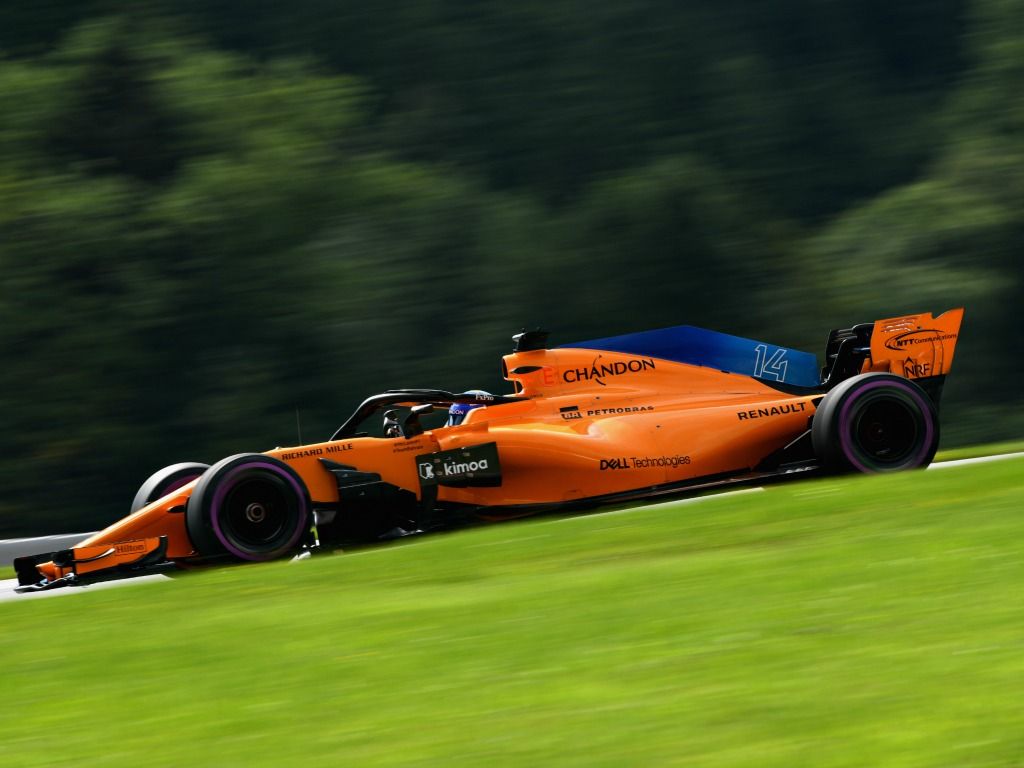 Fernando Alonso has explained why ran very wide at the final corner which ended all hope of him reaching Q3 at the Red Bull Ring.

With Stoffel Vandoorne already knocked out in Q1, it was left to Alonso once again to try and lift spirits at an uncompetitive McLaren.

But Alonso, who has retired from his last three races, was unable to return to Q3 after making a crucial mistake at the last corner.

While on-screen graphics showed Alonso was in with a shot of reaching the top 10, the Spaniard was not as enthusiastic about his chances.

“I went wide because I was two-tenths slower [already],” Alonso said.

“I know the television is a big fan of putting the replays but they should be able to trace the lap time, that I was slower.

“And I tried something different, being flat out there.”

Alonso also explained why he re-emerged on the slowest soft tyres in Q2.

“We had one set less of ultra-softs,” Alonso added. “We chose to have two yellows [softs].

“We ran one in Q2 and it was not too bad. It felt good and it should be a good help for tomorrow.”

Alonso qualified in P14, but will move up one spot due to Charles Leclerc’s five-place grid penalty for a new gearbox.

Vandoorne also moves up one place to P15.